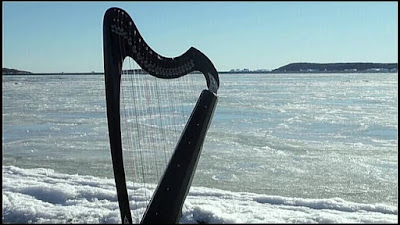 The relationship between music and expanded consciousness is one of the themes of Oz Fritz's blog, and I usually have nothing useful to add.

However, I recently discovered an apparently interesting Australian composer named Larry Sitsky. He is arguably Australia's best-known resident composer, but I never heard of him until this weekend. I wouldn't claim to be an expert, but I know the names of most of the world's best-known composers.

Sitsky has written for any different forms. His "key works," according to a biography at National Library of Australia, include The Golem, an opera that has a structure based on the Kabbalah. Another "key work" is the Concerto No. 2 for Violin & Small Orchestra, Gurdjieff, written for violinist Jan Sedivka. "In Brisbane Sedivka set up a study group for the Greek-Armenian philosopher and mystic George Gurdjieff (1877-1949)," the website says. A third key work, The Way of the Seeker, is inspired by a work from a Sufi poet, Hakin Sanai.

Of course, none of this will matter very much if Sitsky's music isn't very good, but I listen to a lot of modern classical music and I'm game to give him a fair listen.  Two albums of Sitsky's music are available on Freegal,  the public library music downloading service: A collection of his violin concertos, including the Gurdjieff concerto, and a recording of his "Golem" opera. I'll be downloading them and checking them out over about the next couple of weeks.

I suppose I ought to explain how I ran across Sitsky's name. While I listen to a wide range of classical music, I am particularly interested in avant-garde Russian composers of the period 1900-1935, both those who stayed in Russia and were expatriates. I like Stravinsky, Prokofiev and Shostakovich, names many of you will recognize, but I also like Leo Ornstein, Nikolai Miaskovsky, very early Gavriil Popov, Nikovai Roslavets and Alexander Mosolov (I've been hunting down every recording I can find of music by the latter two.) Sitsky's book, Music of the Repressed Russian Avant-Garde, 1900-1929, is apparently the standard text on all this, and I'm waiting to read it after discovering that the local library system has a copy. Sitsky, who apparently is now 80, was born in China, of Russian Jewish emigre parents.

Thanks for the title of Sitsky's book. How did you know so much about these Russian composers under adverse conditions BEFORE you found out about Sitsky's book?

When you listen to the Russians who stayed there versus the ones who left by 1930, what differences do you hear?

I know I've gone down some wonderful musical rabbit-holes of knowledge after reading liner notes inside CDs and on the back of old album covers.

To be honest, the best source I've been able to find until now has been articles on Wikipedia, and various other Internet postings.

The "Futurist" piano music from Leo Ornstein is not greatly different from what Roslavets and Mosolov wrote. Composers in the Soviet Union during the 1920s and earlier were allowed to plug into musical currents in the outside world. Cultural repression was not Stalin's main crime -- obviously, there's that "killed millions of people" thing -- but he did destroy a whole avant-garde movement in music.

Sounds like an interesting composer, I'll have to check him out.
Great photo!