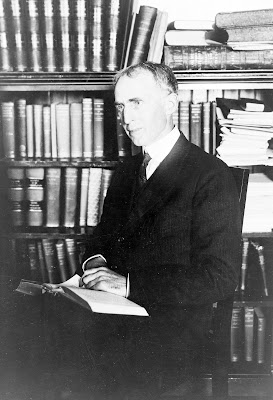 Tyler Cowen sometimes "reprints" a comment on his blog to make sure people don't miss it, and I do that, too, sometimes. I liked both of the comments on my blog post the other day about Robert Anton Wilson replying to a critic, and so I'm using them in this blog post about Cosmic Trigger Vol. 2, Down to Earth:

Michael Johnson: I love the content, tone, ideas, and the form of CTII.

RAW once said that most readers will not discern anything about form, and if you want them to pay attention you have to tell them. Most of his ideas about form he got from Pound, I think.

Q: In your second volume of autobiography, Cosmic Trigger II, there is a hint of resignation. You say that you would like to be shot into space and listen to Scarlatti. Have you given up on mankind?

RAW: That book was an attempt to present different sides of my personality as they've developed over time, and so you get the past mixed up with the present. The past does not always unfold chronologically. It's the same with ideas - some I held for a long time, some I held for just one afternoon. The book's an attempt to show there is no consistent ego. It's a Buddhist book. So the resignation was just a mood that George Bush {Sr.} put me in around the time of the Gulf War.

Chad Nelson: I think CTII is probably my current fave too. Partly because of my own bias in liking RAW's political commentary. I believe it was in II that he discusses his being introduced to the individualist anarchists and revisionist historians like HE Barnes and Charles Beard.

Tom Jackson: Cosmic Trigger II is a memoir, but it reads like a novel, with several plot strands that eventually come together. While RAW is obviously the main character, you learn a lot more about Arlen, RAW's mother, the nuns at his elementary school and other formative persons in his life. The chapters are very short and the prose is very clear.

I haven't gotten around to reading the revisionist historians that RAW and Chad mention, but I did read Jeff Riggenbach's book about them. So much to read, so little time! And there is also something about RAW's interest in Buddhism.
on August 22, 2015

IIRC Bob and Arlen were married by a Shin Buddhist minister.

I learned (from Alan Watts?) that the reflecting-jewels image at the end is called Indra's Net. It resembles Leibniz's monads, especially as described by Neal Stephenson in Some Remarks.