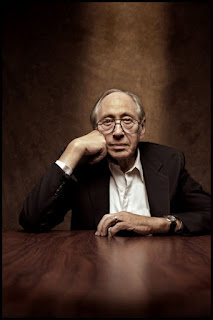 "The State Department finds a new Hitler every 2 or 3 years, always in a Third World country whose resources our corporations happen to covet."

I asked Chad for the source. It's from an essay, "Alvin and Heidi Toffler In Praise of Our Kinder, Gentler War Machine," a scathing piece written as a rebuttal to an article by the Tofflers praising the U.S. military in the Gulf War. It's reprinted in Chaos and Beyond, the underrated RAW book I've been mentioning a lot lately.

At one point, Wilson reprints a "Washington Post" graphic which lists "Iraqi losses" in the war as 2,085 tanks, 962 armored vehicles, 1,005 artillery pieces and 103 aircraft. "Either the Post believed nobody got hurt on the Iraqi side, or they don't count Arabs as human beings," Wilson writes, before going to to quote various estimates of Iraqi losses, ranging from 100,000 to 250,000 deaths.

I appreciate your idea here awriter.org. Definitely it has a good content. Thank you for imparting more of your own thoughts. Good job!

Bravo. One of the best and interesting blog post. I appreciate your idea. Thanks for imparting more of your thoughts..... Godaddy promo codes

Well great share in this article, for either small or big businesses can definitely have better understand with this article....
bandarq