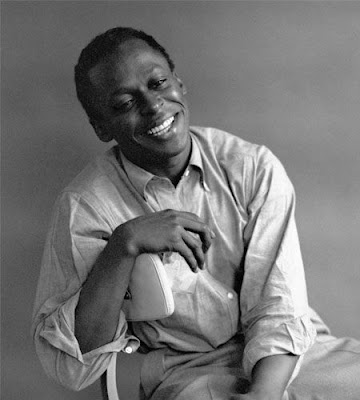 A little while ago, I wondered aloud why RAW never talked about modern classical music.  And then I realized I was maybe looking at it wrong -- he listened a lot to the modern art music known as jazz.

Not too long ago I read a pretty long interview of the critic Alex Ross by Ethan Iverson (thank you for directing my attention to it, Eric Wagner) and the whole darn thing is worth reading, but I was particularly struck by one passage,

EI: Well, I don’t need to tell you, Alex, that once you’re out here, you realize how little cultural capital the great classical music and the great jazz music holds. All of us trying to celebrate those more esoteric values — especially in America — must feel like we’re almost helplessly trying not to be overrun by the other stuff that has so much more sway.

AR: Absolutely. If there’s one thing I’ve been trying to do my whole career, it is to push back, as much as I can in my own way, against what feels like this, you know, trash compactor closing in on the people in Star Wars, gradually closing in, the walls getting closer and closer…

This is something I worry about, too. I am usually inviting people on this blog to listen to classical music. Today, I invite you to listen to jazz. I decided to post recommendations of five jazz albums by three RAW fans who have listened to jazz for a long time: Eric Wagner, Steve "Fly" Pratt and myself. I've included links to help you find out more.

Before I post the lists, let me suggest something. When you listen to a jazz album and you like it, maybe pay attention to which player seems especially good. Usually on a jazz album, there is the leader, the guy whose name is listed as the artist. But it's more than likely that the other players on the album are just as good, and perhaps more famous, than the leader, and that can lead you to other recordings. For example, Miles Davis' famous Kind of Blue album features an all-star band, but I noticed I especially liked the piano player. That person turned out to be Bill Evans, and that led me to Evans' most famous album, Sunday at the Village Vanguard, recorded by the Bill Evans Trio.

(Eric of course is the author of the newly-revised An Insider's Guide to Robert Anton Wilson. Be sure you buy the new edition, Amazon may try to direct you to the old one.) 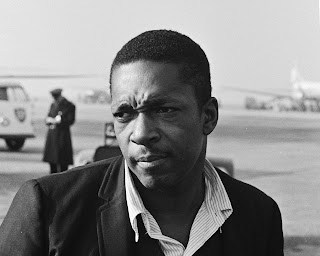 (Follow Steve on Twitter and check out his Patreon account).
Steve says, "For me, a series of perceived synchronicity surrounding John Coltrane in 1996.... originally cemented my love for RAW and mysticism." 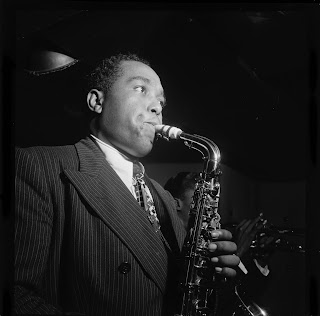 There are all albums I like to listen to over and over again. There are so many others I also could have listed, such as Tangerine by Dexter Gordon. 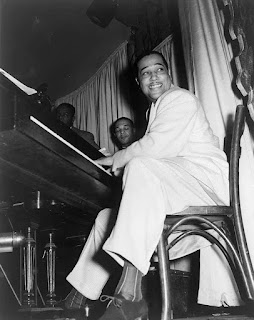 Thanks for this Tom! Getting more into jazz these days myself. The ambient music on Pratt’s RAW album is kind of jazzy sounding. Or at least sounds jazz-inspired to me. Would love to know where it came from.

Great lists (and thanks for the plug). I also recommend Rafi Zabor’s great jazz novel The Bear Comes Home.

My recommendations in no specific order:

Sumbunall of my Jazz favorites:

Live at Antibes by Charles Mingus
Radiolarian 3, by Medeski, Martin and Wood
Naked City by John Zorn
Underground by Thelonious Monk
Art of the Improvisors by Ornette Coleman

Many thanks for this great post!
And it's nice to see that many here are pleased as well.

Miles' In A Silent Way actually is one of my most recent lp acquisition. Great stuff.

Antyhing by the likes of Alice Coltrane, Pharaoh Sanders or Sun Ra is worth checking out as well.

I'm surprised that nobody's recommended The Modern Jazz Quartet, since RAW was known to have appreciated them. The Complete Last Concert is an accessible place to begin.

Alternately, I don't know if RAW ever heard the album, but I think he would have appreciated The Roger Kellaway Cello Quartet's Nostalgia Suite. Mostly instrumental except for the lead track, "Ungh!" in which the band stops playing periodically shouts, "Ungh!" Jazz with a sense of humor.