Ross Douthat on how to think about conspiracy theories 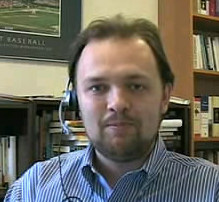 Ross Douthat, the New York Times columnist has a really interesting piece up that offers suggestions on how to think about conspiracy theories, or more specifically, how to evaluate claims that call government claims and official truth into question.

Douthat  gives examples of when official reality has fallen short of the truth:

I could multiply examples of how this falling apart happens — I am old enough to remember, for instance, when only cranks doubted that Saddam Hussein had weapons of mass destruction — but the last year has given us a thuddingly obvious case study: In January and February of 2020, using a follow-the-consensus method of online reading could have given you a wildly misleading picture of the disease’s risks, how it was transmitted, whether to wear masks and more.

His ideas on how to evaluate conspiracy theories seem reasonable to me. One he offers: "Avoid theories that seem tailored to fit a predetermined conclusion."

After the November election, I spent a fair amount of time arguing with conservatives who were convinced that it had been stolen for Joe Biden, and after a while I noticed that I was often playing Whac-a-Mole: They would raise a fishy-seeming piece of evidence, I would show them something debunking it, and then they would just move on to a different piece of evidence that assumed a different kind of conspiracy — shifting from stuffed ballot boxes in urban districts to computer shenanigans in suburban districts, say — without losing an iota in their certainty.

That kind of shift doesn’t prove the new example false, but it should make you suspect that what’s happening is a search for facts to fit a predetermined narrative, rather than just the observation of a suspicious fact with an open mind about where it leads.

The column was recommended by Charles Faris and Tyler Cowen and Jesse Walker pointed to it, too, so even if you dislike Douthat for ideological reasons, consider giving the piece a look.

Interesting article indeed, even if I perhaps would not agree on everything.
But it feels refreshing to read someone from the NY Times recommending model agnosticism, maybe there is hope for humanity in the end.

"Some version of that careful agnosticism, that mixture of openness and caution, seems like a better spirit with which to approach the internet and all its rabbit holes than either a naïve credulity or a brittle confidence in mainstream media consensus."