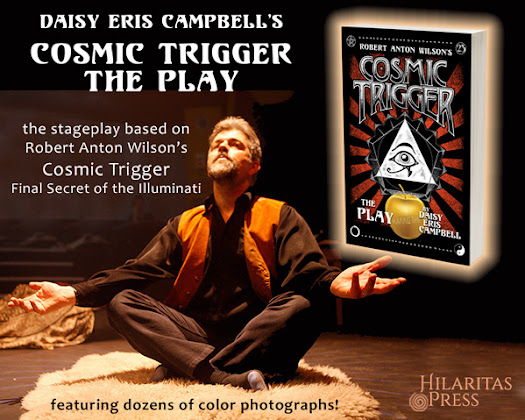 Hilaritas Press has announced the release of the stage play for Daisy Eris Campbell's Cosmic Trigger play. You can read the official announcement. It's available for sale, $23 in paperback, $9.99 Kindle.  Ben Graham pens the introduction. Cover by Polly Wilkinson.

Hilartas says it has "dozens" of color photos, giving Americans a chance to get an idea of what the stage production was like, and perhaps offering a souvenir for British people who actually got to see it.

As in past official communiques from Hilaritas, a high point is a piece from Christina, RAW's daughter. She writes this time about how her family was different from other families she knew and shares other anecdotes, including a hilarious account of what it was like trying to watch TV while visiting London. 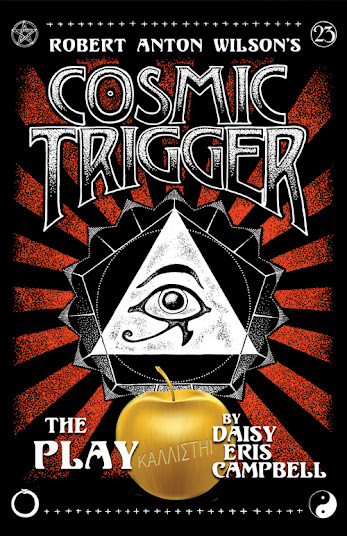 The new Hilaritas edition of Sex, Drugs and Magick should also be out very soon. The supplementary material this time is particularly interesting and generous, details soon. (Charles Faris and I did some last minute copyediting, but we have far too much integrity to give away any information. Well, maybe a really good bribe would work.)

Those Hilaritas Press annoucements/newsletters are always such a pleasure to read. Truly heartwarming in a way that is highly uncommon for people that are neither personal friends nor family. Christina seems to be a lovely person.

Christina's account is beautiful, totally convinced me to get the book.