Iain Spence on the 'Psychedelic Prophets' 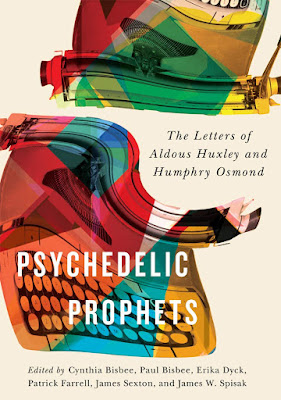 The book apparently has lots of interesting bits:

"By the early 1960s, both men were keen to split their own quiet, scholarly approach to psychedelics from Timothy Leary’s work. Gossiping behind Leary’s back, they paint a picture of a psychologist who’s too damned keen to cock a snook at the authorities at Harvard. Of course, at this point, mainstream society had no idea who Timothy Leary was or the remarkable social changes which were just around the corner."

"Other conversations lead them to wonder what is the best classical music to play when under the influence of psychedelics?

"According to Aldous, Bach’s B-minor Suite and the ‘Musical Offering’ were positively overwhelming while other music jarred, such as works of Palestrina and Byrd. Gregorian chanting was reported as grotesque. We are told to avoid highly emotional and tragic music, such as requiems by Verdi, and Beethoven’s Missa Solemnis."

Thank you to Tom for the link. My apologies if anyone came up against Medium's pay-gate, although it's easy to get past it with a floating IP.
Here's a free link if anyone wants to read my rambling review: