Things that made Mark happy and made me happy 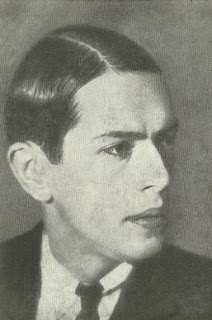 This has largely been a year of loss and things we could not do; my wife and I did not take a big vacation trip this year, for example.

Accentuating the positive, the writer, artist, Boing Boing founder and RAW fan Mark Frauenfelder has published a list of things that made him happy during the year.

All of us have a duty to try to stay safe and stay happy while we wait for our turn at getting the vaccine and resuming a more-or-less normal life.

1. Unexpected new books from writers I like, including Piranesi from Susanna Clarke and The Starseed Signals by Robert Anton Wilson.

2. Launching my new music blog, Russian Futurism. A rough go at first, but I'm finally starting to get a few readers.

3. Related to #2, I am interested in Russian avant-garde classical music of the 1920s era, and one of the composers I like, Alexander Mosolov, is undergoing a surprising revival; a new album of some of his "lost" music has been issued and there is even a movie about him in the works, see my music blog.

4. I discovered I could could cook more Szechuan recipes at home, making up for not being able to go to my favorite restaurant.

5. I finally watched the third season of Twin Peaks that originally aired on Showtime in 2017 and was relieved to discover it was really good. My binge watching also included rewatching the first two seasons of the show and the movie, Fire Walk With Me.

6. I learned the local library would let me use the Naxos Music Library, so I signed up. I now use three different library streaming music services, which gives me so much music I don't even need a paid service such as Spotify.

7. My friendships, including ones made through this blog, helped sustain me during the isolation of the pandemic.

8. I got to talk to some interesting people in my day job as a newspaper reporter, including Chris Frantz of Talking Heads (he published a memoir). I was nervous about interviewing him, but he was quite nice. (You never know if celebrities are going to be the way you picture them.)

Mark BTW also joined the Substack movement and is publishing a newsletter, The Magnet. I have a paid subscription, but many free issues can be sampled if you want to decide whether to sign up.

1. Getting to spend a lot of time with my dog Pookie during the last seven months of his life.
2. Eating. I love to eat, and I have a tendency to overeat. Finding foods I enjoy on Weight Watchers has proven a challenge.
3. Losing weight. In March I feared I would gain weight during lockdown. Fortunately I have had success losing weight during lockdown.
4. We got two new puppies.
5. Friends
6. Practicing tai chi. I feel grateful I finished learning the Yang long form in 2019. I look forward to taking lessons again after the pandemic.
7. Teaching. My high school Finnegans Wake club started its 23rd year.
8. Watching movies.
9. Reading
10. Getting to participate in an online Ibn 'Arabi study group.