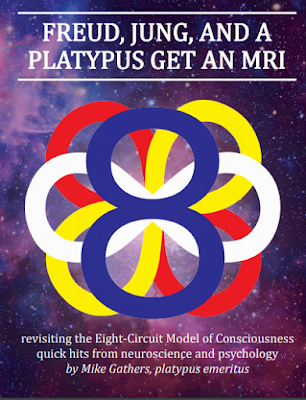 Although it is a new group, it has already attracted a number of people who have written books on the model, including Douglas Wingate, Antero Alli and James Heffernan, and there are also many names you will recognize among RAW fandom. Wingate has posted a PDF of his book, Circuits and Shen: Models of the Evolution of Consciousness and Chinese Medicine.

If you missed it, here is Mike's own publication.