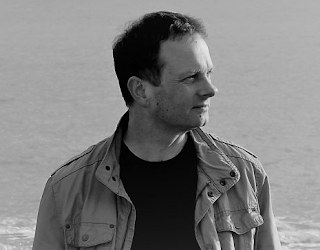 John has released another newsletter.  And while I say it has news, in a sense it has "not news," as instead of listing events it lists canceled events.

The work-in-progress presentation in April of my play HG Wells & The Spiders From Mars in the Cockpit Theatre, London has, needless to say, been cancelled. This will resurface at some point further down the road, so more news as and when. The Berkhamsted Book Festival, at which I was going to do an event with Robin Ince, is also cancelled. Basically – if in doubt, everything’s cancelled.

John has a lot of interesting thoughts -- on COVID-19, individualism, and on what to put into  your brain while you're forced to stay at home:

Those that are self-isolating may suddenly find themselves upping their brain food intake considerably, so it’s worth remembering the importance of a balanced diet. Not all brain-nosh is the same. Social media is a lot of empty calories, for example, and it is easy to snack on, being always within reach. But a prolonged binge will not leave you feeling good, which is why I don’t have Twitter or Facebook apps on my phone.

That’s not to say that a blast of sugar and additives should not be part of your head diet – Doom Eternal is released this week, after all. But a balanced diet is the key. Books are the fruit and vegetables of the brain food world. You don’t consume as many as you should, and you make excuses for leaving them on your plate. Yet a book heavy diet is the most satisfying, and it leaves you feeling much better than any other form of head-scran. I’m biased here, I admit, but it’s still true.

I mostly agree with this, although I think social media has been useful during the crisis (hence my COVID-19 Twitter list.) Also wish John had put in a good word for newspapers, but that's MY bias.
on March 21, 2020

The idea of reading books to nourish the brain seems an excellent reminder in these days of enforced free time at home. I think judicious use of social media can be useful and help keep people connected to each other which can also keep our spirits up. I agree that newspapers and reporters are vital in this age of disinformation and fake news. We recently endured a six day power outage. The provider, PG&E gave us absolutely no real information. Their outage website only gave a time when either power would be restored or there would be an update. When it came to that time, they would only say, "equipment failure, workers are on the scene, check back in 24 hours. We finally got real information from a newspaper article in the Sacramento Bee.