What to do about 'Prometheus Rising'? 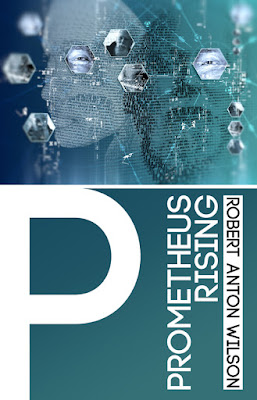 Our next reading group appears to be set: April 30 we start on Nature's God, with Gregory Arnott volunteering to take the lead again.

And then next is Prometheus Rising, with a rotating cast of contributors taking the lead, including Gregory Arnott and Eric Wagner, with others yet to be determined.

As for a schedule, Eric Wagner has suggested (in the comments): " I would like to spend 23 months on the book: Five months on chapter one and the prefatory material and then a month on each of the other chapters. I think the book and its exercises deserves that kind of scrutiny."

As with anything else in life, there are trade-offs. A concentrated study of Prometheus Rising would be valuable. But spending two years on it would seem to preclude doing reading groups on anything else for awhile, during a time when Hilaritas Press continues to issue new editions. There's no rush to make a decision, but does anyone else want to offer feedback?

One could certainly have overlapping study groups. The PR group would have a post one day a week. Bob intended this mostly as a book of exercises for active use as well as a literary text for study, I think. Bob asks the reader to spend six months on the first few exercises from chapter one alone. Other exercises ask for a year's attention

I'll be happy to make a contribution to chapter four, although it looks like that will be a long way off in the future. Whilst I value the hard work done by Eric Wagner I'm inclined to think his time scale for PR is a bit too long.
Thank you once again to both Eric and all of the main contributors to the study groups. You do have a quiet, appreciative audience out here who don't say much but do enjoying reading the articles.
Iain Spence

I like the symbology of 23 months...I wonder if it would be possible to do book clubs alongside? Do a bi-weekly check in for Prometheus Rising after the first two chapters, which could be exclusive. Then when new editions come out, possibly do weekly updates for those?

It depends on the book coming out, of course, whether it would be feasible to do parallel clubs. Just a thought.

I‘d say, let‘s take the time and do PR in 23 months. It certainly deserves the extended work.
Other readings could be conducted in between. That wouldn‘t be a Problem imho.
*DMS

I forgot about the length of time for doing the exercises, which does add some complexity. I'll offer some thoughts on Ch 4 of PR in the comments section in some months time. In the meantime I guess the answer to this is best left to the main, dedicated contributors.
Iain

Hello,
I'm glad to have come across this, specially since Prometheus Rising was on my reading list 1 or 2 books from now. Is this reading group open? If not, is there any way I could participe in?
Thank you very much

@CuriousWatcher, The way it works is somebody does a post and everyone else weighs in with blog comments, so it's open to everyone. We don't have a date to start the reading group yet, but stay tuned to the blog.

@Cleveland Okie
Thanks a lot, I will keep an eye or two on the blog!

Prometheus Rising is the very core of my personal self-transformation. I see the workings of robot imprinting all through the world and my own self. Wish I had this wisdom decades ago.