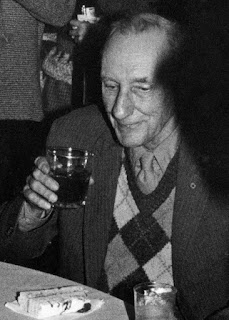 William Burroughs, whose concept of the 12 Enigma was popularized by Robert Anton Wilson

I seem to be running into the 23 Enigma a lot lately.

I've been listening to quite a bit of Rolling Stones. I recently noticed that Sticky Fingers, arguably the band's best album, was released April 23, 1971.

One of my Christmas presents was Fuchsia Dunlop's Food of Sichuan. The back of the book has a section on the "23 flavors" of the region.

I love "Sticky Fingers", but I prefer "Exile on Main St." I found it odd that the Rolling Stone magazine guitarist list had Keith Richards at number 4 and Jerry Garcia way down around #46. Different lanes for different brains, I guess.