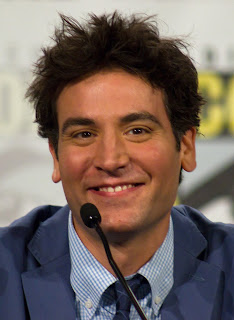 Actor, musician and writer Josh Radnor (a native of Ohio, where I live) pens a piece "on the Unexpected Moment That Filled Him With Gratitude" and mentions RAW:

In “Prometheus Unbound,” Robert Anton Wilson wrote that instability is a requirement for evolution. Ants, he said, are a highly stable species and thus haven’t evolved for millions of years. But humans are highly unstable and we’re evolving at a pretty furious clip. Thus all the individual and collective instability we bemoan is actually, on some level, serving us and nudging us forward. It’s not unlike physical training systems that keep you off balance in order to engage and work unused muscles.

He means Prometheus Rising of course (the passage in question refers to "insects," not ants specifically) but the mention of "Prometheus Unbound" is a synchronicity with this blog. That's the name of a long poem by Percy Shelley, who's been discussed recently in the comments in the Widow's Son reading group.

I loved How I Met Your Mother.