RAW would have liked the reading groups 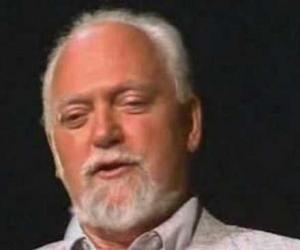 If you've read the comments for the Feb. 24 episode of the reading group,  Eric Wagner asked, "I wonder what Bob Wilson would think of our comments in this discussion group?'

Oz Fritz replied, "To answer Eric's question: I think RAW would be pleased and grateful for these discussion groups about his books. I suspect he would have liked sombunall of my comments and all of Gregory's introductory write-ups. This question sparked reflection on his reactions to the comments in the online courses of his that I took. He usually responded to people's comments always making it quite clear what he thought either way. I realized that I missed his voice in these proceedings, but then thought that his voice is always there as the subject matter and is getting expanded and explicated through our various interpretations."

Alias Bogus then wrote, "In reference to Tom’s comment about hoping Bob would have enjoyed the reading groups, I can only quote an exchange from the Maybe Logic Academy, when we did a 12 week course on the Illuminatus! Trilogy, and in the forum I made a comment to which Bob replied:

"Bogus Magus: Little did I know, however, that I would end up treating it the way we are now – poring over the text like a Joycean scholar!

"Dear Bogmag,
Of course, I wanted at least some readers to
pore over the text like Joyce scholars….that’s
why I made it so Joycean
It has taken 29 years [plus the 5 years
lost in getting it published] but that
dream seems real at last,
and I thank everybody"

As Oz says, I miss the fact that in the Academy we always knew Bob might be reading, too, and he would often pop up with brief, gnomic comments. So, as well as the company of some extraordinary minds, we had a deus ex machina...who might suddenly appear, and change the direction of the conversation.