What's up with NASFiC? 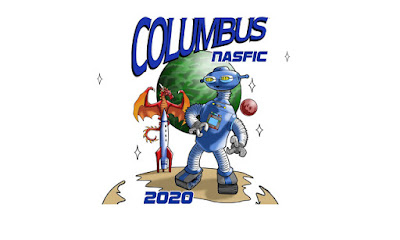 Many science fiction conventions have been canceled because of the COVID-19 outbreak; Tor.com has been tracking the announcements.

On his blog, Supergee wrote on March 9, "Alas, my 77-year-old asthmatic lungs dassn’t get on an airline, so I will have to skip the ICFA {International Conference on the the Fantastic in the Arts, which it actually says in tiny letters on the userpic) this year." I meant to post a comment criticizing ICFA for going forward, but didn't get around to it. According to Tor.com, it is one of the events that has been canceled.

Naturally, I have been wondering what is happening with the Columbus NASFiC. (The Tor chronicle says nothing about it so far). It is scheduled for August 20-23 in Columbus, Ohio. The convention website is silent.  There is nothing as the convention Facebook page.

Where does this leave the plans I announced to have RAW fans participate in activities at the Columbus NASFiC, including manning a Hilaritas Press table in the dealer's room?  I don't know, and that seems unknowable at this point.

Gatherings of more than 50 people have been banned in Ohio, by order of the state health department. On the other hand, that ban won't last forever. There have been reports that the virus doesn't do well in hot weather, and speculation it will fade in the summer.

The convention seems far enough away that it seems prudent for the convention to stay silent, for now, and see what happens, although the current situation can't be good for selling convention memberships and making plans.

I'll keep an eye on the convention and report any news.

The ICFA had to wait until an official announcement of disaster/pandemic or the hotel would have sued them for as much money as Trump says he has. It may anyway, but now it has less chance of winning.

The governor of Ohio has been very aggressive about closings, and he remarked that many businesses have sought the orders to provide legal cover for what they need to do.