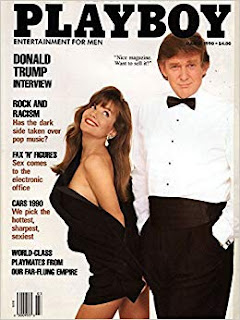 200 years from now, will Playboy magazine mostly be remembered for spawning the Illuminatus! trilogy? Robert Shea and Robert Anton Wilson were editors at the magazine while they wrote it, and bits from the magazine turned up in the text. And the original inspiration for it came from letters sent to the magazine espousing conspiracy theories. One day in a Chicago bar, Shea suggested writing a novel that took the theories literally.

Maybe, maybe not. But in any event, Playboy has announced it is shutting down its print edition and moving to all-digital publication.

RAW superfan Mark Frauenfelder used to pen a column on internet sites for the magazine.
on March 19, 2020