Chad Nelson on anarchism and RAW 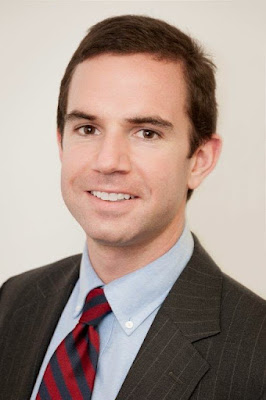 Chad Nelson — anarchist, attorney, Robert Anton Wilson scholar, vegan, Pearl Jam fanatic, animal rights activist and senior fellow at the Center for a Stateless Society — is featured in an interview at the Secret Transmissions blog, where Chad holds forth on anarchism.

There are two sections in the interview that mention Robert Anton Wilson; here is one:

What’s the relationship between C4SS and the late Discordian author, Robert Anton Wilson?

I wish I could find the source, but I remember at one time reading that if RAW were alive today he'd probably most closely align with C4SS politically. I've got to imagine, based on everything I've read from the man, that it's fairly accurate. I think even his non-political thinking contains a lot of overlap with C4SS philosophy.

I've tried during my time affiliated with C4SS to dial up the amount of RAW exposure. I created a "Robert Anton Wilson Collection" there – which contains "sombunall" of C4SS's references to RAW's work. In almost everything I've written at C4SS, I've given a nod to him, if not outright parroted his ideas, often intentionally.

I tied RAW to the C4SS in this blog post.

Chad offers some examples of anarchist principles in action. How about science fiction conventions? They exist as voluntary organizations.

By the way, I'm not an anarchist myself; I self define as "more of a libertarian than anything else." I'm fine voting for Gary Johnson, even if I don't aline perfectly with him. He is "open" to the idea of a basic income and is better on the peace issue than many libertarians give him credit for.

I like your blog and plan to explore it more.