'Praise Be to Bob' Disinfo piece 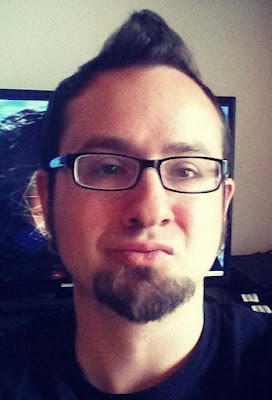 At the Disinfo Web site, Thad McCracken, a "psychedelic writer, musician, visual artist, filmmaker, Occultist, and pug enthusiast based out of Seattle," publishes a piece "Praise Be To Bob: My Favorite Robert Anton Wilson Concepts."

Thad explains that he began re-reading Robert Anton Wilson after an "alien contact" in 2010 which carried the message, “We are the beings from the Sirius Star System who were communicating with Robert Anton Wilson." It's not wise to ignore such messages, so Thad has been reading RAW and trying to decide which of his concepts make sense to him.

Thad has no shortage of controversial and interesting opinions. Here he is on the state of magick in 2016: "Maybe the Occult vibe was different back in the late 60’s/early 70’s. I honestly don’t know. What I do know is that most of what passes for magick these days is some dark uber douche goth crap that I want exactly nothing to do with. Lord, if I unintentionally lead anyone to believe that the Occult is somehow cool with my writing, I want to formally apologize. Holy crap is it lame. Cool in theory, painfully embarrassing in execution. Religion’s slander campaign won and it really ends up being a bunch of cosplay 'I want to be in a horror movie' creepiness more than anything else. "

And he says Aleister Crowley is a "total fraud." There's a link that goes into detail about his opinion on that.

Thad writes that "Wilson’s work is almost like a Rorschach test in a way. There’s so much intel there that people pick up on vastly different aspects of it. " That seems correct to me.
on August 05, 2016

The Crowley piece looks like it could be by the Donald Trump of the occult. The judgement and scatalogical assessments of AC read like the the mirror image of "people who regard Aleister Crowley as the Supreme Prophet." This quote reveals in part how the essay's opinion forms:

"His book Magick in Theory and Practice was supposed to be his attempt to bring magick to everyone, to help the common man transcend the limitations imposed upon them by organized religion. It’s the same thing I’m trying to do, but you know why I haven’t read his book? Because when I looked at the Amazon reviews most of them said it was incomprehensible, just like everything else I’ve read by him."

Hilarious. Mirror, mirror on the wall, who appears the greatest magickian of them all? E-prime would have helped immensely.

Guess who wrote this: "Belief is the death of intelligence."

This guy is a fucking joke. If you've read RAW and still have this elementary opinion of Crowley than I'm going to question your reading comprehension. This guy and Jason Louv are hacks, ugly, poorly informed frauds who don't even know they're frauds. I'd laugh at their articles if they didn't make me kinda hate myself for being associated with the same field of writing they claim to represent.