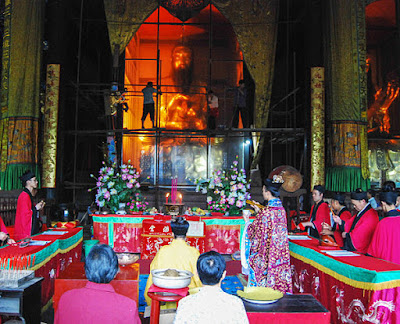 Taoist rite at the Qingyanggong (Green Goat Temple) in Chengdu.

The New York Times interviews a scholar of Taoism, "China’s only indigenous religion," and the information is surprising, at least for someone as ignorant as me.

A Colorado professor, Terry F. Kleeman, explains that the religion of Taoism and the famous Taoist texts have little in common: "Taoist priests don’t carry around copies of the Daodejing, and that work has little to do with what they teach. They teach a set of rules and morality, but you’ll find little morality in the Daodejing."

And what does the religion consist of? "The world of the dead is like the world of the living. Taoist priests are like cosmic lawyers. They can go up to heaven and extricate the dead from difficulties. Taoism gives you a way of controlling your fate in another world."