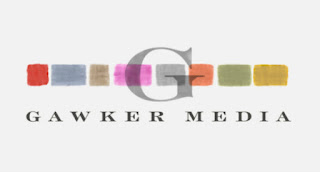 If you haven't heard, Gawker.com is shutting down in a few days. Apparently the other Gawker Media sites will continue. The shutdown is the result of the Hulk Hogan lawsuit, which Peter Thiel financed.  (I feel justified in putting up a blog post about all of this here because of Robert Anton Wilson's interest in freedom of speech, although I don't pretend to know what he would have thought about this controversy).

My reaction to this has been dominated by a feeling of pleasure that Gawker finally bullied the wrong targets, but I acknowledge that Thiel's lawsuit raises freedom of speech issues. I've noticed two good blog posts about the case.

Kudos to Sullum for letting Thiel make his argument before attacking it.

"A story that violates privacy and serves no public interest should never be published," Thiel writes. "It is ridiculous to claim that journalism requires indiscriminate access to private people's sex lives....It is wrong to expose people's most intimate moments for no good reason."

One can agree with all of these propositions without agreeing that they should be legally enforceable.

You should read all of Sullum's piece, but here is the heart of his argument:

Thiel's free-floating right to privacy is completely unmoored from property rights, contract rights, or constitutional law. It can be invoked whenever someone objects to a story that reflects negatively on him or complicates his personal life, even when the story is completely accurate, provided that person has the resources to pay for a lawsuit. And as with defamation suits, he need not win to punish his adversary.

Gawker's utter destruction produces a feeling of glee in my guts but disquiet in my heart. As I've written before, I'm not sure that the ruinous verdict against Gawker was just, I don't think that the amount of damages awarded was defensible, and I'm concerned that the result was a product of the brokenness of our legal system.

For White, the brokenness of the legal system is the main point.

But observers seem eager to push the wrong message about that brokenness. The scary part of the story isn't that the occasional vengeful billionaire might break the system and overwhelm even a well-funded target with money. Such people exist, but getting sued by them is like getting hit by lightning. No, for most of us the scary part of the story is that our legal system is generally receptive to people abusing it to suppress speech.

His piece is also a read-the-whole thing, and let me add that neither piece is terrible long — you can read them both without interrupting your day very long.

I liked Thiel’s Times op-ed, particularly the part about The Daily Beast’s vicious and reckless quasi-outing of gay athletes from countries where their lifestyle is a capital crime.

Just watching a video of Bob and Karl Hess over the past few days, in which Bob picks Hugo Black as his favorite Supreme Court Justice. The example he offers is Justice Black's observation that when the writers of the Constitution wrote "no law" they actually meant "no law." Justice Black wouldn't even have looked at the material from Gawker, since he took "no law" seriously!

"Congress shall make no law respecting an establishment of religion, or prohibiting the free exercise thereof; or abridging the freedom of speech, or of the press; or the right of the people peaceably to assemble, and to petition the Government for a redress of grievances."