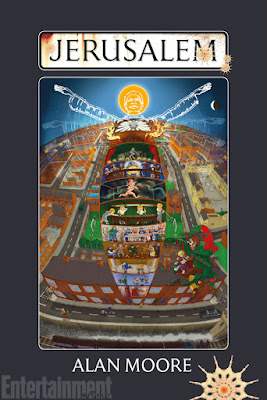 It certainly sounds ambitious. Reviewer Heidi MacDonald writes that the book is written in three parts.  "The third and most difficult part is written in a series of literary pastiches, including a Beckett-like play and an entire chapter written in a language invented by Lucia Joyce, the institutionalized daughter of James Joyce."