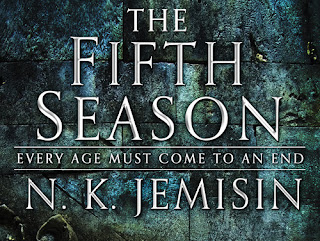 A black woman won the Hugo for best novel. I haven't read it yet but it goes on the ever-expanding reading list.

Hugo Awards announced; the "puppies" did not do well.  The best novel winner, N.K. Jemisin, has some thoughts.

Paul McCartney in Cleveland, with a setlist.

Short Fiction
“Flowers for Algernon” by Daniel Keyes [F&SF Apr 1959]
“The Alley Man” by Philip José Farmer [F&SF Jun 1959]
“The Pi Man” by Alfred Bester [F&SF Oct 1959]
“The Man Who Lost the Sea” by Theodore Sturgeon [F&SF Oct 1959]
“Cat and Mouse” by Ralph Williams [Astounding Jun 1959]
Best Dramatic Presentation
The Twilight Zone (TV series) by Rod Serling [CBS]
The World, the Flesh and the Devil (1959) [HarBel/MGM] Directed by Ranald MacDougall; Screenplay by Ranald MacDougall; Story by Ferdinand Reyher; based on the novel The Purple Cloud by M. P. Shiel
Murder and the Android (Sunday Showcase episode #1.5)
The Turn of the Screw (1959) [NBC] Directed by John Frankenheimer; Teleplay by James Costigan; based on the novel by Henry James
Men into Space (TV series) [CBS, 1959]