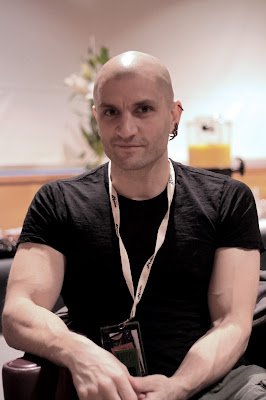 In light of the fact that this week's Cosmic Trigger section mentions Jack Parsons, I thought this publisher's description of the new China Mievelle novel, The Last Days of New Paris, might be of interest:

1941. In the chaos of wartime Marseille, American engineer—and occult disciple—Jack Parsons stumbles onto a clandestine anti-Nazi group, including Surrealist theorist André Breton. In the strange games of the dissident diplomats, exiled revolutionaries, and avant-garde artists, Parsons finds and channels hope. But what he unwittingly unleashes is the power of dreams and nightmares, changing the war and the world forever.

1950. A lone Surrealist fighter, Thibaut, walks a new, hallucinogenic Paris, where Nazis and the Resistance are trapped in unending conflict, and the streets are stalked by living images and texts—and by the forces of Hell. To escape the city, he must join forces with Sam, an American photographer intent on recording the ruins, and make common cause with a powerful, enigmatic figure of chance and rebellion: the exquisite corpse.

I haven't kept up with China Miéville — keeping up with every good writer is hard — but I loved Perdido Street Station. Another of his, The City & the City, also is reputedly particularly good, but I haven't gotten to it yet.

Parons also is a character in the novel The House of Rumour by Jake Arnott.
on August 11, 2016

Miéville is the closest thing to a writer of literary fiction that mainstream SF has produced. "The City & ytiC ehT" requires a very close read.