Brian Doherty on Illuminatus! and RAW 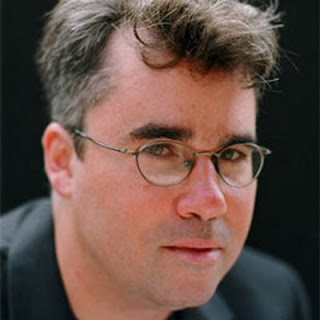 [Brian M. Doherty is the author of four books: This Is Burning Man: The Rise of a New American Underground, Radicals for Capitalism: A Freewheeling History of the Modern American Libertarian Movement (which includes quite a bit of information about the development of Robert Anton Wilson's political ideas), Gun Control on Trial: Inside the Supreme Court Battle Over the Second Amendment  and Ron Paul's Revolution: The Man and the Movement He Inspired. I can personally recommend Radicals for Capitalism, which is lively and interesting and must have required an enormous amount of research. In his youth, Doherty founded Cherry Smash Records and played bass for punk rock bands, including The Jeffersons and Turbo Satan. He is a senior editor at Reason magazine.

Like his Reason colleague, Jesse Walker, Doherty, 47, has read a lot of Robert Anton Wilson in his time. When Wilson died in January 2007, Doherty pitched an appreciation piece on RAW to the New York Times Book Review, attempting to explain Wilson to a general audience. For whatever reason, the piece did not make it into print, and Doherty has now given me permission to share his never-published piece with you. --The Management].

Novelist Robert Anton Wilson died on January 11. Death’s bite was particularly bitter for his admirers. He intended to live forever — not as a literary memory, but as a live human. Wilson, author most famously of Illuminatus! (written with Robert Shea) insisted we were on the cusp of unprecedented leaps in control of the mechanics of life and intelligence, and an escape to a physically limitless future via space travel. His dedication to optimistic futurism was strong; when his young daughter was murdered in the 1970s, he had her brain frozen.

That act is a synecdoche for Wilson’s literary career—audacious, madly eccentric, curious and hopeful that the future will be better in unexpected ways, and cheerfully refusing to comport to “consensus reality.”

Illuminatus! was recognizably the work of a writer who adored James Joyce, Raymond Chandler, and Orson Welles. It’s replete with multiple viewpoints, narrative trickery both obvious and subtle for effects both playful and profound, avant-garde techniques used in a vulgarly pop context with an adventure plot, starring knight-like heroes seeking honor and truth in a complicated world where little was what it seemed — with lots of raunchy sex and long dialogues and lectures on political philosophy and epistemology held on an anarchist submarine exploring ancient Atlantis.

It took the paranoid panic of the multitude of conspiracy theories that he and Shea learned of via eccentric letters from Playboy readers during his late 1960s stint as an editor there and, imagining them all as simultaneously true, crafted from it absurdist pop opera in which outré facts and analysis forged the strange melody.

Illuminatus!, still in print from Dell 32 years after first publication, has sold over a quarter million copies. But Wilson’s career amounted to neither household name nor lasting respect. He is known, where he’s known at all, as a cult author—perhaps with a colorful virtue or two, trailing a coterie of (somewhat overenthusiastic) devotees, but not of serious literary worth. Wilson would note, with wounded pride, that “I have never had the fashionable pessimism and…despair necessary to get myself included among Serious Novelists in the judgment of New York critics.”

Well, other factors were at play; and critics notwithstanding, Wilson’s ideological and thematic fingerprints, his baroque world of conspiracies from ancient history clouding the present, of imaginative comic-book action marshaled for complicated scientific and philosophical exploration, have left their mark, whether acknowledged or merely obvious to his devotees, in everything from TV’s X-Files to Lost, from Umberto Eco’s Foucault’s Pendulum to John Crowley’s Aegypt novel sequence.

The mighty presence who Wilson’s fictions most closely resemble is Thomas Pynchon, whose Gravity’s Rainbow came out after Illuminatus! was written, but before it was published. Their works have similarly sprawling, comic-bizarre takes on Big Crazy Ideas and the technological and bureaucratic forces that forged modernity and postmodernity. Wilson — the worse for his reputation — deals with it all more lightly, more humanely, in a prose style breezier and easier to take, clear and functional, with whimsies that serve his plot and theme more directly than Pynchon’s sometimes rambling fantasias.

Longtime Wilson followers also know that The Da Vinci Code was not the first novel to incorporate the Holy Blood, Holy Grail thesis about Jesus’s offspring and the Priory of Sion. It was central to Wilson’s three-volume “Historical Illuminatus” series (published from 1982-91). These were dramatizations of the major changes that European culture underwent in the late 18th century, covering politics, religion, music, and science, starring the ancestors of the characters in Illuminatus!.

That’s also a description of Neal Stephenson’s bestselling Baroque Cycle in relation to his Cryptonomicon. Stephenson, in an interview in Salon, hit at one of Wilson’s reputational problems when he complained that “In arty lit, it's become uncool to try to come to grips with ideas per se.”

For a quick perspective shift on the same phenomenon (which is the heart of Wilson’s writings): critic James Wood has said, of the modern lit-fiction whose work Wilson’s most closely resembles, that it is too obsessed with ideas and not enough with human beings, manically showing the writers “know a thousand different things.” Wood calls it “hysterical realism” and Wilson is a pioneer of it.

But Wilson is a master of a particular human drama: The drama of ideas in the human mind, which ought not be exiled from fiction’s kingdom. How new ideas shape and change human character is something Wilson not only showed, but caused.

In reading Wilson, the receptive reader can live though what the character is often living through—having one’s vision of politics, science, history, the very “meaning of life” evolve radically. Doing this clumsily can make you Richard Bach or a similarly thin didact. And the more Wilson you read, the more you hear the author telling you what’s what in his characters’ voices.

An authoritative answer as to his literary greatness—as the sometimes annoyingly scientific-agnostic Wilson would say, we lack an unfailingly accurate “greatnessometer”—is impossible. But in observable existential spacetime, as he’d describe it, we find over 1,000 comments on the personal blog post announcing his death, almost all noting he was an irreplaceable inspiration and guide in intellectual evolution.

This is not generally considered a respectable function for the novelist. Wilson’s work was not only an aesthetic experience, but a guide to new information, new models for interpreting the world. Among the thinkers and ideas for whom Wilson was a frequent first guide were Korzybski’s general semantics; Claude Shannon’s theories of information; Wilhelm Reich and his orgone; Timothy Leary’s models and theories of drugs as potentially profound tools of brain change; and the epistemological and ontological implications of quantum physics (which he built an entire trilogy around, Schrödinger’s Cat).

Wilson was an avatar for ideas that he saw as fecund ways to reimagine human existence, and that most literary intellectuals see as outmoded hippie-dippie nonsense. The newer generation of successful literary fiction writers would not, one expects, disagree with each other in important ways on politics and social attitudes or seek to remake anyone’s “reality tunnel” with drugs or weird science — good modern liberals for the most part, ready to vote Democratic. Wilson says that one of his goals with Illuminatus! was “to do to the State what Voltaire did to the Church — to reduce it to an object of contempt among all educated people.”

His limited literary respect is, then, ultimately no mystery. But his enduring value is in how he exemplified the thematic richness and sheer entertainment value of a literature of ideas not dismissive of, but not tied down to, character, plot, or Henry James’s “present palpable intimate.”

Wilson frequently defined information, after Shannon, as “surprise.” That’s what his work did for his readers: informed and surprised them. He showed the human mind can dial in more option-filled realities than everyday socio-political life and commonplace ideas knew of.

Those who loved him, loved him because his fiction enlarged their mental world, made it more entertaining and hopeful. In the Internet age, with an entire generation not necessarily reading standard literary fiction but dialing in their own realities — across a cyberspace more varied and ridiculous, as well as more tedious and banal, than its science fiction inventors imagined —Wilson’s importance can only grow.
on July 22, 2015

Has anyone ever explored possible connections between the birth and growth of the TEA Party movement and RAW's goal to "do to the state what Voltaire did to the church..."?

This blog has stood the test of escheton prevention. I recommend it to everyone. It is may favorite thing to read with a beer after a slow evening at a day job. Actually, when time is fully resisted, even a job as an automation technologist on the shop floor is quite absorbing. Nothing done in time is lovable Tom Robbins is a novelist I approve of. Dan Merkur and Bruce K. Alexander are two Canadians who I liken to Willhelm Reich or Aldois Huxley who blew my mind with good writing that I think RAW would like and only the people here might answer maybe. Michael Johnson may know something. Great scholarly insights, thanks everyone.