My reading plans for the next few months 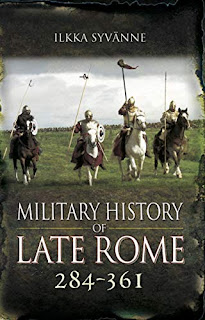 This is downloaded to my Kindle app. Looks interesting, don't you think?

I recently read Tyler Cowen's Jan. 4 blog post, "My reading program for the half-year to come."  I thought reading Tyler's post was a lot of fun, so I thought I would try a similar blog post. (Note that one of Tyler's plans is "Reading or rereading through the works of Jonathan Swift," which I believe RAW also did at one point).

1. I am a judge on the nominating committee for the Prometheus Awards, so for the next couple of months I will be busy reading science fiction novels. I am currently reading Babel by R.F. Kuang and soon I will be reading Widowland by C.J. Carey.  I'm also going to read Our Missing Hearts by Celeste Ng.

2. I am currently slowly reading RAW Memes by Robert Anton Wilson and Rasa, a couple of pages a day or so, and I am re-reading Natural Law, or Don’t Put a Rubber on Your Willy for the online discussion group, see you here tomorrow.  The Hilaritas Press publication schedule shows that the next three republished Robert Anton Wilson books are TSOG, The Walls Came Tumbling Down and Reality Is What You Can Get Away With. I am not so sure about TSOG, it's not my favorite RAW book, but the other two I actually have not read, I will buy them and read them as soon as they are released.

3. I like  history and I have particular interests that I usually pursue every year. So I'll likely read at least a couple of titles on the later Roman Empire/the Dark Ages/Late Antiquity and very likely at least one book about World War II, and quite possibly something involving aviation history. Does anyone else sometimes look at the bibliography first when reading nonfiction?

4. I don't get review copies as often as Tyler, but it occasionally happens, both because of being a Prometheus judge and because of this blog, so we'll see what arrives in the mail. Alec Nevala-Lee is a RAW fan, and he kindly sent me his excellent new biography of Buckminster Fuller, one of the few well-reviewed books of 2022 that I read and that Tyler missed.

5. I gave a friend of mine copies of some favorite novels by Richard Powers and Leonard Richardson, if he decides to read them, I will re-read them so he can discuss them with me. (Powers, The Gold Bug Variations, Richardson, Situation Normal.)

6. My habit for decades has been to try to get caught up with a few favorite authors. Jane Austen and Jack Vance aren't coming out with anything new, so anything from them will be a re-read, but there are still a few Vladimir Nabokov novels I haven't read and a few Sinclair Lewis titles I either haven't read, or haven't read for more than 40 years. I am closing in on Robert Shea but still need to read his first two solo novels. And there are a few authors I read whenever anything new comes out. Neal Stephenson may not show up again the next year or two and Elinor Lipman has a new one out, but Tom Perrotta just issued Tracy Flick Can't Win so he'll probably be silent in 2023.

7. I read book reviews in publications such as the New York Times and the Wall Street Journal and I read blogs and Twitter accounts from people who read a lot, so I'm sure I'll read a few titles that sound like something I would like. The NYT and Tyler both gave Babel a good review.

I recently listed what I read in 2022 and for several years I've come out with a similar list each year. I am on Goodreads and I track my reading there, look for Tomj.

What are you going to read?

Always interested in your lists Tom.
I'm looking forward to Patricia Monaghan's, The Red-Haired Girl from the Bog. It's her questing book on her travels in Ireland. I've read a couple of her neopagan books, but her Ireland book is supposed to be quite impressive. I imagine RAW might have read it for several reasons.

I suggest Archie Roy as a recommendation to any USA readers, specifically his three main books on possible psi phenomena. Roy is better known as a prof of astronomy in Scotland, but his psi books are a delight to read for those of us with an open mind.

A bit late this, but happy new year everyone : )

It find it interesting to see what other people I know are reading. Thank-you for this post, Tom, and for the list of last year's reads.

I'm currently reading The Philosophy of Modern Song by Bob Dylan and highly recommend it. Very well written, always coherent, it has a lot of interesting, obscure music history stories and interesting trivia in general. It does have his philosophical opinions on different subjects - music, war, etc. Elsewhere, he explicitly mentions Cabalistic coding, magic, voodoo, etc. and compares music to alchemy.

In conjunction with my Logic of Sense videos I'm reading as many as the books that Deleuze cites there as it really helps decoding his often cryptic text. I've recently read up on the Stoics in Meditations by Marcus Aurelius, De Fato by Cicero and the section on Zeno in Lives of the Eminent Philosophers by Diogenes Laertius. Next up is The Consolation of Philosophy by Boethius which he wrote while waiting to be executed. I'm also slowly going through another book listed there The Space of Literature by Maurice Blanchot. That book turned me on to an excellent abstract poem by Stéphane Mallarmé called Igitur.

I have a couple of the secondary literature books on Deleuze to read, Assemblage Theory and Method, a new one by Ian Buchanan, and The Priority of Events, Deleuze's Logic of Sense by Sean Bowden published in 2011 that I recent heard about.

I plan to read the new Buckminster Fuller biography at some point, hopefully this year. Also on the ambitious list for this year is Mason & Dixon by Pynchon and Finnegans Wake again along with A Reader's Guide to Finnegans Wake by Tindall.

Oz, I do want to read the Dylan book. I have been meaning to do a Bob Dylan post, perhaps I should go ahead.

I'm currently poring over The World of Edena by the great French cartoonist Moebius.

And popping an issue of Alan Moore's classic Saga of the Swamp Thing every night before bed :)))

I just started Influence, the psychology of Persuasion by Robert Caldini, and have Selected essays by John Berger.The first book I ever bought was by Berger back in 1972!(I was 18 or 19). Also have the following bookmarked: Politics and the English Language by George Orwell, Mr. Strangelove: A Biography of Peter Sellers by Ed Sikov, Technopoly: The Surrender of Culture to Technology by Neil Postman.Also keeping up with the Natural Law RAW course.
I also dive into the Greek Myths by Robert Graves occasionally.

Not doing as much reading as previously as I'm studying French every day in preparation for retirement and European adventures, once this insane war comes to an end.

Currently reading Seeing That Frees by Rob Burbea. In depth thoughts on Buddhist idea of emptiness.
Also John Barth’s Postscripts, which is bittersweet as it seems certain to be his last words.