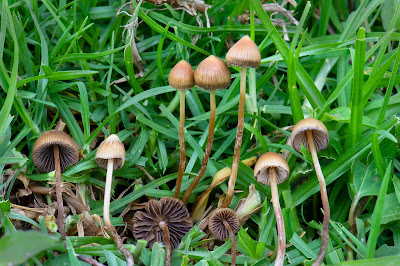 Much of the writings of Robert Anton Wilson were inspired by Timothy Leary's writings on psychedelics. And RAW's suggestion that psychedelics could have positive uses, by helping people reimprint, seems to have been confirmed by recent news.

Excerpt: "Although scientists are still working to understand their therapeutic dynamics, psilocybin and other psychedelics are thought to promote neuroplasticity, a rewiring of the brain that gives patients fresh perspectives on longstanding psychiatric problems.

"One recent study on alcohol-use disorder, for example, found that two doses of psilocybin paired with talk therapy led to an 83 percent decline in heavy drinking among participants, and that nearly half of them had stopped drinking entirely by the end of the eight-month trial."