Synchronicity and finding an old friend. 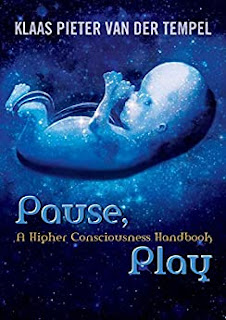 An ebook I published which talks about the importance of synchronicity to tapping into higher consciousness. See this excerpt.

I've been interested in synchronicity for much of the life of this blog. I ran into a synchronicity this week, when I tracked down an old friend I hadn't had any contact with in a long time. I don't want to invade his privacy, so I'll call him "Sam" and avoid details.

Then two days ago, I got a message on Facebook from Percy, asking if I ever made any progress finding Sam. It was the first time I had heard from Percy about it in nearly a year.

So I decided to go to work, running searches on the Internet and contacting people. One of them was one of Sam's few surviving blood relatives, a niece, who told me that for the first time in a long time, she and her mother (Sam's sister) had just talked about whatever happened to Sam, and wondered if he was still alive.

Eventually I found Sam and I actually got him on the phone Wednesday and talked to him.

My wife assumed that I had found Sam because of her remark, and I explained that no, I'd been prompted by Percy and I mentioned what Sam's niece said. "I guess it was in the air," my wife said.

Email ThisBlogThis!Share to TwitterShare to FacebookShare to Pinterest
Labels: synchronicities