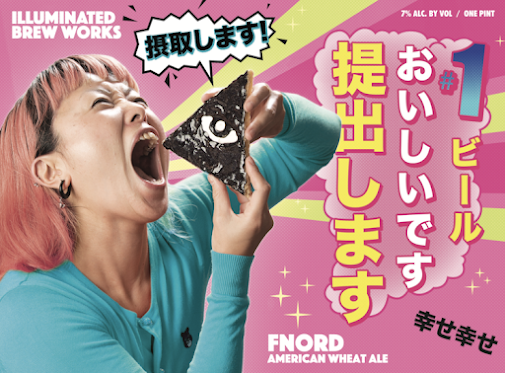 If you are on Twitter and you like to see images connected with the writings of Robert Anton Wilson, I would suggest giving Dr. Richard Waterloo a follow. Above is an image he spotted from Illuminated Brew Works (a real beer company, apparently) in Chicago. (Yesterday's image was created by Waterloo and also posted on Twitter). Pretty sure I've mentioned Dr Richard Waterloo's Twitter before, but he's really stepped up the images.

Jesse Walker also has a daily "Your morning image" feature on Twitter.