A paranoid look at DMT and AI 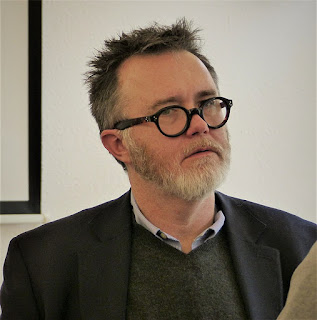 There a passage in Illuminatus! in which Barney Muldoon's brother, a Catholic priest, depicted as quite bright and reasonable, defends the Inquisition and the church's attitude toward Satanism:

"Don't mind him," Barney said softly. "He's very cynical about dogma, like most clergymen these days."

"I heard that," the priest said. "I may be cynical but I really don't think Satanism is a joking matter. And your friend's theory is very plausible, in its way. After all, the Satanist's motive in infiltrating the church, in the old days, was to disgrace the institution thought to represent God on earth. Now that the United States government makes the same claim, well. That may be a joke or a paradox on my part, but it's the way their minds work, too. I am a professional cynic —a theologian must be, these days, if he isn't going to seem a total fool to young people with their skeptical minds— but I'm orthodox, or downright reactionary, about the Inquisitions. I've read all the rationalist historians, of course, and there was certainly an element of hysteria in the church in those days, but, still, Satanism is not any less frightening than cancer or plague. It is totally inimical to human life and, in fact, to all life. The church had good reasons to be afraid of it. Just as people who are old enough to remember have good reasons to be panicky at any hint of a revival of Hitlerism."

I remembered that passage when Jesse Walker sent me a link to a piece by Rod Dreher called "Temptation of the Psychonauts." The subhead says, "Exploring the realm opened up by DMT is to put your soul and your sanity in grave peril." Dreher is a Christian conservative writer, an Orban fan who apparently lives in Hungary., so he has a reality tunnel that I daresay varies from most of  you. Walker commented, "Bob would have enjoyed reading this."

Here is a quote from the Dreher piece that captures its tone:

Many of you will laugh at warnings not to do these extremely powerful drugs, for fear of opening doors to a hostile realm populated by evil intelligences that seek the destruction of humans. You shouldn't. The idea that we know so much better than primitive peoples in the world today, or sages of the past who warned sternly not to go to these places (the Bible, for example, is crystal clear about the dangers of this stuff), is utter hubris, folly born of pride.

Some of Dreher's reader mail is pretty good, too. Here's a bit from a letter from an unnamed Orthodox priest. (Dreher began as a Methodist, switched to Catholicism, and now is an Eastern Orthodox believer. Pretty sure he never went through a Unitarian phase). The priest:

It seems to me that, in addition to the ‘portal’ of psychedelics, we’re ushering in the reign of disincarnate intelligences through the development of AI as well. I could be wrong, but there’s something sinister and demonic lurking beneath the seemingly benign wonder of ChatGPT and other AI bots.

Tyler Cowen takes a more benign view of AI; he says a lot of interesting things about it in a recent interview. Here is one comment, and I've put the sentence I want to call attention to in boldface:

That's already a trend with the internet: you can customize what you read now. You'll literally be able to design your own education by speaking to your AI. Your AI can be trained on data sets that you, or the parents, want. So you'll have your own personalized “familiar” —to refer to the old world of witchcraft — and it will do things for you.

Is this analogous to the concept of the Holy Guardian Angel?

A familiar or ally in witchcraft has some overlapping qualities with the HGA - a nonhuman agency that might help you out, but I wouldn't call it analogous to the concept. The HGA covers a lot more territory it seems.

I think the HGA could come potentially through AI for someone.