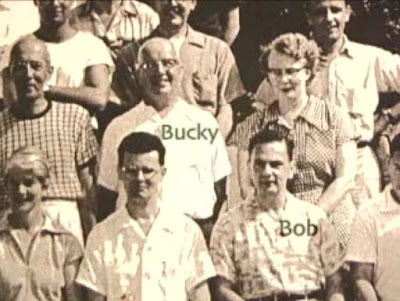 While we wait for the new biography by Alec Nevalla-Lee, we can learn a lot about Fuller by listening to last month's Hilaritas Press podcast, hosted as usual by Mike Gathers and featuring Kurt Przybilla, active in the Buckminster Fuller Institute. The podcast is quite long, nearly two and a half hours. The early part features a big does of Fuller's interest in triangles and the sturdy shapes that could be made from them; Mike was able to hastily Google some of the shapes and did a good job of following along; I struggled a bit in places, as I was listening while doing a long car drive. As usual, the Hilaritas site has a useful collection of links and has quotes from Fuller, such as this one: "We are called to be architects of the future, not its victims."

The James Joyce segment of the podcast releases on April 23.