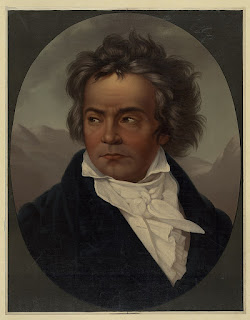 Page 207 tells the reader to imagine an astral computer which “exists early in the next century”. I have always read this as early in the 21st century, but I think I will start imaging it as existing early in the 22nd century from now on.

I find it interesting that Alice’s Adventures in Wonderland and Through the Looking Glass and What She Found There each have twelve chapters. Leary broke down each of the eight circuits into three components for 24 divisions. One might see the 24 Alice chapters as corresponding to Leary’s 24 caliber brain.

Exercise 2 on page 212 tells the reader to “Consider the belief system or reality tunnel of an educated reader 1200 years ago.” I looked up the year 822 A.D. just after Russia invaded Ukraine in 2022. 822 A.D. seemed filled with territorial wars, and it seemed less foreign to me than the last time I did this experiment, alas.

I do notice that since Donald Trump’s election in 2016 I feel far less confident about making predictions about the future. Tim Leary’s S.M.I2.L.E. model still seems useful to me, but in our current information explosion, I feel much more uncertain than I did in the relatively carefree world of 2015 and before. I just read the wonderful new Hilaritas Press edition of Wilson’s Natural Law: Or Don’t Put a Rubber on Your Willy and Other Writings from a Natural Outlaw. There as elsewhere Bob Wilson predicted a world of radically unpredictable new technology and information overload. He sure seemed to have hit the nail on the head.

Robert Heinlein noted that people rarely foresaw the behavioral changes provoked by new technology. When people invented the automobile, they didn’t foresee how this technology would affect courtship behavior, etc. Heinlein wrote an essay “Spinoff” (included in Expanded Universe) about how spinoff technology from the space program in weather prediction and medical technology, etc., more than paid for the costs of the space program. Bob Wilson once told me he thought Bob Heinlein the first writer to include sociology in science fiction.

Exercise 4 tells the reader, “Re-read Moses’ encounter with I AM WHO I AM in Deuteronomy. Try the theory that Moses was talking to his own metaprogramming circuit.” Well, I have contemplated that theory over the past 37 years, and I reread the opening chapters of Exodus recently. (Did Bob mean Exodus and not Deuteronomy? I don’t know. I’ve read both books repeatedly over the past 37 years.) At least in 2022, the model of Moses talking to his own metaprogramming circuit doesn’t work too well for me.

I just reread the first chapter of Deuteronomy. This does remind me of some of Wilson’s experiences as related in Cosmic Trigger. I find it humbling and disturbing that I remembered this exercise as “Re-read Moses’ encounter with I AM WHO I AM in Exodus,” not the way Bob actually wrote it. Too often I confuse my faulty memory of the text with the text itself.

I wrote to Richard Rasa, the formidable editor of Hilaritas Press, wondering if Bob had intended Exodus rather than Deuteronomy in Prometheus Rising. Richard posted the following on Facebook:

I just got an email from Eric Wagner, author of An Insider's Guide to Robert Anton Wilson. Eric has been really helpful in finding typos in RAW's books. Hilaritas Press has a number of people who do proofreading, but I've never met a proofreader who was able to find every typo or error.

In this case, Eric wrote, "On pg. 212 of Prometheus Rising, I wonder if Bob meant Exodus and not Deuteronomy."

I'm now wondering if that was an error from Bob, or some obscure joke on Bob's part. I suspect a mistake, but I'm thinking about it.

Deuteronomy is where Moses waxes on about recent history, although I think he doesn't sufficiently explain why it took 40 years to travel less than 500 miles. If the phrase was from Deuteronomy, then the phrase would be “I was that I was.” (That’s me being a wise ass, but it may make some sense).

In the Queen James version of the Bible, the phrase is translated as, "I am that I am." My German sweetheart, Marlis (author of the new Hilaritas Press publication, From Now To Now), was surprised at that because in German, the phrase is the same as the current accepted Hebrew in translation, "Ich werde sein, der ich sein werde” ("I will be what I will be”).

"The traditional English translation within Judaism favors "I will be what I will be" because there is no present tense of the verb "to be" in the Hebrew language."

I just sent a message to Mimi (Hill) Peleg, co-author of RAW's Everything Is Under Control. She speaks Hebrew, and she confirms that, yes, that's true about Hebrew. I told her, "Korzybski would be delighted!" She wrote back, "Yes, Bob loved that too about Hebrew."

I just got off the phone with Marlis, and when I told her what Eric had found, she reiterated the German translation, "I will be what I will be," and she added, "It's all about evolution!" That was a thought I had not considered.

Interestingly, "I will be what I will be" seems like an appropriate mantra for the metaprogrammer.

Charles Dodgson/Lewis Carroll earned two degrees in mathematics. Deleuze, among others, analyzes the metaprogramming in Carroll's works, in particular, Alice, Through the Looking Glass, and Sylvie and Bruno. Both Leary and Carroll employed games and gaming as didactic models and techniques. Chess appears as one such game; Herman Hesse employed the same formulation - changes in life compared with moves on a chess board in Steppenwolf, I believe. He also wrote the masterpiece, The Glass Bead Game with much to say about metaprogramming.

I suspect RAW didn't err in Exercize 4. I think he preferred and wished to indicate the name, I AM THAT I AM, over the designation Moses uses in Deuteronomy for that entity, "The Lord God." I like that name better too, it recalls the Hindu "Tat Twam Asi" = "I am that"; this had an imprinting-like effect on me at the time of hearing and grokking it in my twenties.

I tend to interpret the Bible allegorically more than literally. The 40 years exodus in the desert has parallels to crossing the Abyss. 40 = The Hanged Man, the transitional card into Leary's extra-terrestrial circuits.

I AM WHO I AM appears to be a self-reflective Strange Loop, which as RAW and Hofstadter posit, is the way “the Universe is so structured”. This would seem to lend credence to the idea that Moses was talking to his own metaprogramming circuit. After all, if “this self-reflexive arc is built into our frontal lobes, so that consciousness contains an infinite regress” and "that it can see itself"(p.211), then ‘Moses’ and ‘the tetragrammaton’ are one, as in fact many traditions affirm through non-duality.

The nice thing about translating the Hebrew with ‘who’ rather than ‘that’, as RAW does, is that it reminds one of Hu, which some have said is the secret name of God, and can be found in many religions. For example in ancient Egypt, Hu was the deification of breath and speech, as well as the first word, in a way similar to Om for the Hindus. Or, “in the beginning was the word”.

I agree that “I will be what I will be” would make for a good metaprogramming mantra. But maybe some might prefer the present tense, as for instance Gurdjieff who decided that life is real only then, when ‘I am’. This difference only matters if one considers Time to be important. J.W. Dunne is mentioned in this chapter. In his book An Experiment With Time, he attempted to show that dreams could prove the non-linearity of Time.

Maybe RAW’s mention of Deuteronomy instead of Exodus was meant indeed as an “obscure joke”, to see if the reader was paying attention. Only by doing this exercize would someone notice the mistake (unless they were a Bible scholar). “By seeking, you will discover.”

Here is some classic Brion Gysin seemingly getting existentially lost within the metaprogrammer:
https://www.youtube.com/watch?v=rL-jdlTvRkk

Ah yes, I too am afflicted with faulty memory and misperception. He wrote I AM WHO I AM in the exercize, I remember the Bible quote as I AM THAT I AM. My brain obviously regards the central word as interchangeable.

Hu also signifies in Sufism. My friends have a band HuDost:
"HuDost is a Sufi greeting comprised of two words, “Hu” which is the breath shared by all and “Dost” which means 'true friend."