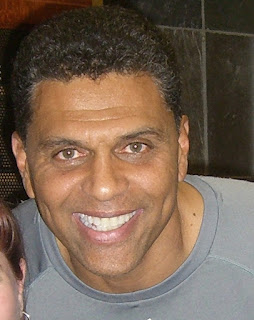 I enjoyed doing Michael Johnson’s substitute exercise for exercise #3 of chapter 13. I found Sapolsky’s explanation of the placebo effect a bit glib, but who knows? One minor synchronicity: I heard “Rocky Mountain High” by John Denver at an El Pollo Loco while carrying my copy of The Pot Book. An early chapter of that book suggests that Jesus may have used anointing oils which contained cannabis. This provides another filter/model for exercise #4 trying to explain the miracles in the New Testament.

Years ago I had the idea to write a book on brain chemistry called Why Do You Think They Call It Dopamine? Of course, I know very little about brain chemistry. The readings Michael suggested mapped out my ignorance a little bit. Thank you, Dr. Johnson.

In the late 80’s and early 90’s I used to associate the chapters in Prometheus Rising with the days of the week. I would read chapter one and do the exercises in chapter one on the first of the month; I would read chapter two and do the exercises in chapter two on the second of the month, etc., through the 19th of the month. Then for the rest of the month I worked on a long poem called Big Trouble in Little Blandings (Reggie Theus Rising). (Reggie Theus played in the NBA. I loved basketball back then. I published a poetry/basketball zine called noon blue apples.) The poem had twelve sections numbered 20 through 31. I worked on section 20 on the 20th of the month, section 21 on the 21st, etc., and I published then in noon blue apples #20 through 31.

We have 23 more weeks of this study group. Some people thought we should  work through the book more quickly. I thought 23 months might prove too short. One could spend a lot more time on these exercises. I have devoted a lot of time to these exercises during this study group as well as during the previous decades, but I realize I could spend a lot more time on them. I wonder what the next 23 weeks will hold. I wonder if I will ever dive as deeply in this book as well. If I live another 23 years, perhaps I will never again devote so much time to this book. If I live another 23 decades, I may well return to this book again and again. Most people in 2022 still consider death inevitable. I still suspect I may live for a very long time.

Jesus using cannabis in anointing oils sounds plausible to me. When I attended school in New York and lived at a Yoga Center, a Rosicrucian herbalist and healer came down from Montreal to give a lecture on the medicinal properties of plants. When getting to cannabis, he started waxing very enthusiastically about using marijuana for healing then quickly scaled it back, seeming to realize the ascetic aesthetic of the ashram and its rules. Now we know about the anti-inflammatory and pain relieving properties of the CBD component of the plant, spawning a new industry. One of the psalms, I forget which one, praises the things God has created and has a line extolling wine and grass. I thought the latter praised the sacred weed.

In Schrodinger's Cat RAW provides a hint to the exercize about reading publications that contradict or differ from one's beliefs:

"Entering Reader's Digest through the empathy of hash is a quantum jump to another reality." ... "'The trick,' Malik went on 'is to concentrate on the reality projected through the printed page Every sentence is a signal from another world, a nervous system different from yours with which you can interface with synergetically ...'" p. 206. Italics in the original.

Once again the planets align, as in the recent F23 podcast Phil Farber spends some time discussing this cannabis anointing oil, as well as other potential references to cannabis throughout the Bible. Maybe Jesus' way of performing miracles then wasn't so different from Hassan i Sabbah's alleged time-released caps.

Regarding exercize 5 "I can be healthier than I have ever been before", Universe provided me with an opportunity to practice.
For some months now I have been plagued by a minor but persisting internal inflammation, which even took time before being properly diagnosed. It apparently can be difficult to get rid of, and even sometimes become chronic.
So, to my down-to-earth antibiotics prescribed by good old materialist science, I decided to add:
-some specific stretches and asanas for an enhanced blood flow
-small changes in my diet as well as a food supplement
-pranayama for a stronger immune system
-and positive affirmations thrown in for good measure
I am also still doing exercizes from the Christian Science-inspired Course In Miracles, so even Jesus' healing power of Love might be pitching in!
All this combined seems like strong intention setting to me.
I am not done yet getting it over with, but I feel much better than five or six weeks ago.

I went on to watch this Noon Blue Apples/New World Order film Tom Jackson talked about. It has many flaws, I assume mostly due to budget constraints, and the scenario doesn't go very far. But it has a few good ideas, and the way conspiracies are brought up and dealt with I found both pretty smart and very funny. I think there is enough in this film to keep a RAW fan entertained. Apart from the references previously mentioned, at the very beginning a big Sacred Chao symbol can be seen, thus setting the tone for the film. Thank you Tom for the suggestion and the links!