Mozart and the Freemasons 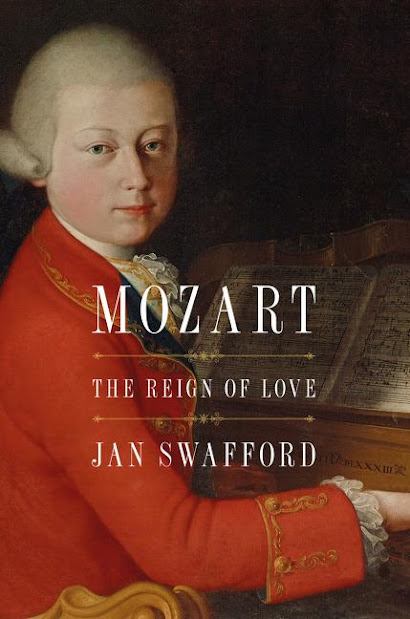 When I mentioned that I was reading Mozart: The Reign of Love by Jan Swafford, I wrote that I hoped Swafford would cover the composer's ties to the Freemasons. It's an excellent book, required reading if you are interested in classical music. But I wanted to specifically mention that I've already read a lot about Mozart and the Freemasons, and Swafford hasn't even gotten  yet to The Magic Flute, which Swafford argues is maybe Mozart's best opera.

Swafford goes into quite a bit of detail about Freemasons and Mozart's decision to join a local lodge. He also describes the Illuminati and shows that quite a few local Illuminati were Mozart's friends. (Mozart did not get heavily involved in Illuminati doings, but as Swafford shows, Mozart didn't really devote much time to anything, other than making sure he had a good time and writing music at an astounding pace until he died young at age 35.)

Swafford devotes a lot of time to discussing Mozart's masterpieces (there were a lot of them) and so naturally, there is quite a lot devoted to the six "Haydn" string quartets.

After discussing the first five, Swafford comes to the Quartet in C Major No. 19, e.g. "Dissonance." which Swafford says is "one of the sui generis moments of his creative life."

Swafford explains that Mozart begins with a section that was (particularly for the time) harmonically daring and says that in the beginning of the piece, Mozart is going "from darkness and uncertainty to light and certainty. It is perhaps germane that when he wrote the piece, Mozart had just become a Mason. In the future, some would see here an evocation of the order's initiation ceremony, which begins in blindfolded darkness. When the blindfold is taken away and the initiate is stunned by the light, he has symbolically journeyed from ignorance to enlightenment."

The footnote for this passage cites a book called The Magic Flute Unveiled by Jacques Chailly, which sounds interesting.

I've been listening to a lot of Mozart as I read the book (Swafford does a fine job of pointing to lesser known works that are just as good as the greatest hits) and I expect to listen to the Haydn quartets as much as I can over the holiday weekend.