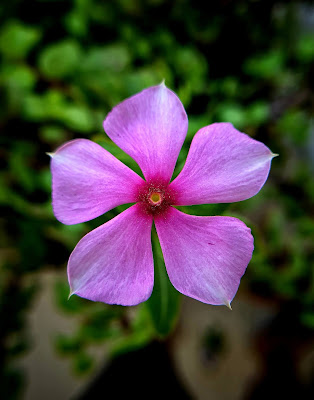 This is the point in the discussion group where I admit I have come to a chapter where I am not doing well. I have done my best to carry out the exercises so far -- as Eric says, this is really the point of taking our time with Prometheus Rising this time around -- but I have to admit, I don't really understand how to apply the first and second circuits in the Chapter 5 exercises to Bugs Bunny, Donald Duck, Timothy Leary or any of the other people/nonpeople listed in the exercises. Maybe I should have written to Eric and asked for advice, but it's too late now.

I have taken the liberty of looking ahead to the exercises in Chapter 6, and I am confident that I will be able to do better in that chapter. And I am not trying to blow off the exercises at all. As I wrote in my post for Week 29, I thought the "I am sitting in the room doing this exercize because" exercise was amazing.

Which I guess raises a question: If you don't do every exercise, but you honestly make an attempt to do many of them and to learn from them, are you still getting something out of Prometheus Rising? I hope so.

I did think Wilson's discussion of dialectic between the matrist and patrist was interesting. Broadly speaking, it seems as if our political system is divided between people who want the federal government to be a "father" (enforcing law and order) and those who want it to be a "mother" (emphasizing the welfare state and the government safety net.)

Bibliographic note: Google has still not fixed my problem with the archive of posts so far, so I can't right now offer a handy list of past posts. But if you click the "Prometheus Rising discussion and exercise group" label on this post, you do get a display of all of the posts so far.

I find it useful to try to see where in the Leary Interpersonal Grid each of these characters spend most of their time. Scarlett O'Hara seems to spend a lot of time in hostile strength, for example.

See, I knew Eric would have a useful suggestion.

As a child, I used to read a lot of Donald Duck comics. He was a favorite character of mine.
He gets angry very easily and tends to have poor judgment, which often makes him act in a way he later regrets. He rushes into things too quickly, without thinking them over much. There is also in him a strong sense of competition (for instance between him and his cousin, for taking Daisy out). It seems to me that Donald feels the need to prove something, probably both to the world and himself. Unfortunately, on top of his many shortcomings, he is very unlucky. Every time he starts a new job, he usually really tries hard but something happens (not always his fault) and he gets fired again.
It should be noted that he has a good heart, as shown by his caring for his three nephews.
He is a fundamentally flawed character, which makes him much more human in a way than, say, Mickey Mouse, who’s a bit too perfect to not be boring in my view.
That being said, it might be very telling that eight years old me would strongly identify with someone like Donald Duck… Maybe he’s where I got this love of slacking off and dislike of authority.
I would definitely put him in the hostile weakness quadrant, but he can sometimes be found in places of hostile strength as well, such as ‘proud and self-satisfied’, ‘boastful’.

Bugs Bunny seems a bit harder to pinpoint for me, but he is so oral he even spends most of his free time chewing on a phallic symbol. As a rabbit, he is a modern day pop culture symbol of the perennial trickster, and cannot be bothered having any kind of authority around him. It is perhaps unsurprising that he would get adopted by the early Discordians (he appears in the original Principia Discordia).
I do not know how much RAW was aware of that at the time of PR, but Bugs Bunny has also long been a symbol in the gay, queer, and trans communities, in part due to his kissing his adversaries and cross-dressing.
https://www.cbr.com/bugs-bunny-queer-gender-non-conforming-appeal/
Still, I am not quite sure where to put him on Leary’s grid.

@Tom, I use the diagrams on p. 52 and 61 along with the Interpersonal Grid for this exercize.

@Rarebit Fiend, responding to your final comment last week. I have no objection to looking at Gone with the Wind; also have no interest, but a recommendation from you and Eric Wagner convinces me to give it a go. With my current schedule I don't know if I'll make it through all 4 hours in the 2 days they give you to rent with film.

I intended the analysis of The Secret Chiefs half-jokingly, which half, I do not know. I asked RAW about what he thought of the SC and he replied, "they make a useful metaphor" (to formulate it in e-prime which he did not). I've never known that metaphor to involve an omnipotent cabal that controls the world. That seems a conflation of this metaphor with popular conceptions of the Illuminati, or something out of Marvel Comics - in my day they called it Trilateral Commission, this mysterious, powerful cabal that victimizes all of us that don't identify as them.

The metaphor of Coincidence Control that Dr. John Lilly formulated appears closer to how I view the SC. Like the time where Crowley, who claimed contact with them, performed a well documented magical operation intended to change the course of WWII. Coincidentally, the Japanese attacked Pearl Harbor 10 days later changing the course of the war. Or the coincidence of LSD getting "accidentally" discovered at nearly the same time humans figured out a much better way to kill themselves and destroy the world with unleashed nuclear energy in the form of the atom bomb. An "accident" that later helped the micro-dosing Francis Crick unlock the genetic code. The coincidence of the cracked audio software they gave me to record in Morocco that ONLY worked the four hours the Gnawa musicians played. It did not work before or after, we had to get a new laptop to continue, only at that moment. I have no explanation for that "coincidence" but I'll take it. I could go on and on and on. In this regard Brodie-Innes seems accurate, whether an agency appears behind it or not, helpful strange coincidences do occur frequently, in my experience. I doubt that humans represent the peak of evolutionary Intelligence in the Multiverse, Goddess help us if they do.