Carl Hart's 'Drug Use for Grownups' 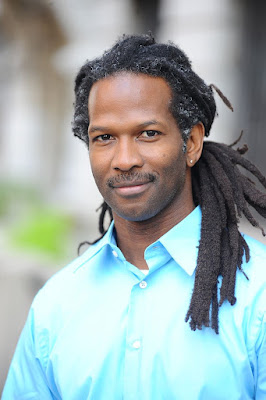 If you are interested in the "war on some drugs," in Robert Anton Wilson's phrase, then I have a book  recommendation for you: Drug Use for Grown-Ups: Chasing Liberty in the Land of Fear by Carl L. Hart, a psychology professor at Columbia University who specializes in drug research.

His book is very interesting. Hart is a regular heroin user, and he defends that use in his book.

One of his ideas is that people who are drug users who have successful lives should come out of the closet and discuss their drug use publicly, both to help remove the stigma of drug use and to demonstrate the fact, underemphasized in Hart's opinion, that most drug users do just fine.

I admire his honesty and I get the point about stigma.

Hart argues that many drug overdoses and most of the damages caused by drug use are the responsibility of bad government policies. He argues that all drugs should be legal for use by adults. This is part of the "pursuit of happiness" that is the birthright of all Americans, Hart says. These are all very libertarian arguments, although Hart does not use that term. I am not sure whether Hart really is very familiar with the libertarian movement, although he cited Jacob Sullum at one point and gave an interesting interview with Nick Gillespie at Reason magazine, which you can read if you are trying to decide whether to read the book.  Hart also thinks the government should end its "war on drugs" law enforcement approach and concentrate on harm reduction measures. I agree with all of this.

Professor Hart also seeks to normalize the use of stigmatized drugs such as methamphetamines, cocaine and heroin, arguing that their use is beneficial for most people. He is a big heroin fan (he does not inject) and also talks about his cocaine and amphetamine use. He also thinks it's wrong for middle class white people to praise weed and psychedelics while doing little to eliminate the stigma of other drug use.  I guess I still lean toward the idea that middle class white people (such as myself) have a point, but Hart is very good about showing how much of the stigma of drug use is tied together with racism.

I knew about much of this before I read the book and wondered if Hart could change my mind about narcotics use. Well, I still have misgivings.

For one thing, when Hart says that "most" narcotics users aren't problem users, I worry about the sizable minority who do have a problem.

I also think that trying to normalize heroin use is a bad idea. Because heroin is illegal, there is not a legal marketplace where a user can be sure of what is being purchased.  This is particularly true now, when users have to worry about heroin being laced with fentanyl, a substance that figures in many overdose deaths. This is the result of government policy which Professor Hart and I both oppose, but it is what it is. Taking up heroin as a hobby strikes me as a really dangerous idea. Maybe we could have a different conversation if Americans could buy pure, regulated heroin in a legal marketplace, but that's not the world we live in.

Notice that in the Reason interview, Gillespie alert asks about heroin, "And where do you get it? I don't want you to out your dealer. But how do you get it and how do you consume it?" and Hart, probably wisely, does not answer the question.

At one point in the book Hart praises Jerry Garcia's attitude toward drug use. Garcia was just 53 when he died of a heart attack. I can't tell reading the Wikipedia biography how much Garcia's narcotics use may have contributed to his bad health.

I strongly recommend Hart's book, which forces the reader to think about drug issues and what to do about drug policy and about one's own  drug use (or non-use).

Thanks so much for reporting on this, Tom. I've been taking in a lot of the Pollan-esque reportage on the beneficial elements of psychedelics, and Hart's name seems to come up a lot in these conversations. Even though I'm all for total decriminalization of all drugs, I still suffer from a discriminatory attitude toward "downers." I suspect Hart will make reconsider that attitude.

I am currently reading The Psychedelic Explorer's Guide by James Fadiman and can't recommend it highly enough for anyone who enjoyed Pollan's How to Change Your Mind, and that genre generally.

Fascinating! I always ascribed to Wilson's belief that heroin should be available and legal in exchange for having reasonable living and working conditions. (At leas that's how I interpreted it.) I have no problem with what anyone does as long as it isn't causing direct (to an extent beyond immediacy) harm and doesn't affect their functionality and/or cause traumatic events. That's a lot of bullshit criteria from some random asshole, I know.