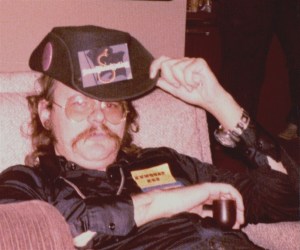 As this blog post at the Libertarian Futurist Society blog notes, "Konkin interacted with Robert Anton Wilson and Robert Shea (whose satirical sf trilogy Illuminatus! was inducted into the Prometheus Hall of Fame in 1986)."

Konkin published many pieces by Robert Anton Wilson in his "New Libertarian Weekly" such as this one, and perhaps there is correspondence with Wilson and Shea in his papers.

Collections of papers such as this, the Discordian Archives and the Timothy Leary papers at the New York Public Library are all valuable, particularly because of the failure of both Wilson and Shea to preserve their literary papers for posterity.