The RAW cover artist who is a Vodou priestess 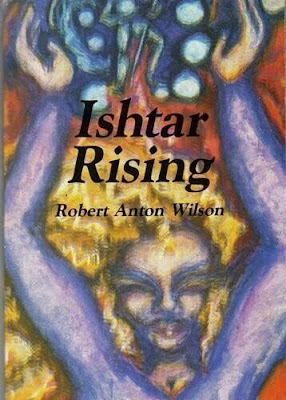 You give me a cure all from New Orleans

Now that's a recipe I sure do need

Some cider vinegar and some elderberry wine

May cure all your ills, but it can't cure mine

Your Lou'siana recipes have let me down

Your Lou'siana recipes have surely let me down

"Till the Next Goodbye," Mike Jagger and Keith Richards, from the Rolling Stones album, It's Only Rock and Roll

Sometimes when you follow a link on a blog posting, you learn something. Via a link at this blog post by Apuleius Charlton, I learned that Sallie Ann Glassman, the cover artist for a Falcon Press edition of Ishtar Rising, is "an initiated Vodou Priestess" who owns the Island of Salvation Bontanica, a spiritual shop which provides voodoo religious supplies, candles, incense, medicinal herbs and works of art.

Glassman's Wikipedia biography also leaves the impression that she is an interesting person: "Glassman's art is both esoteric and syncretic. She has produced two major non-traditional tarot packs: the Enochian Tarot is derived from the Enochian magical system of Elizabethan magician Doctor John Dee, and the New Orleans Voodoo Tarot replaces the standard four tarot suits with depictions of the spirits of the major strands of Vodou (Petro, Congo, Rada) and Santería practices."

I don't know what "Louisiana recipe" let Mick Jagger down, but I'll bet Sallie Ann Glassman could discuss it with you. 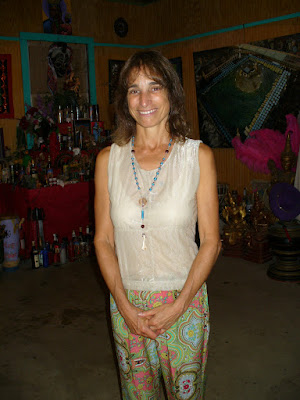