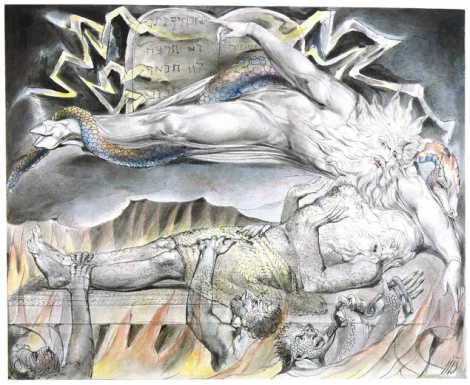 Chapter Five is an opportunity to reflect on the important lessons contained in Chapter Four. I believe that Wilson provides this chapter because of the importance of the material previously covered concerning the Second Circuit and human interaction.

Wilson certainly doesn’t paint a flattering picture of the behaviors that are derived from the anal-territorial circuit, even the name isn’t pleasant. Yet, I don’t think one can easily underestimate the importance of analysing the behaviors that derive from these emotional imprints, even in the most intellectual or “advanced” personalities. It is tempting to treat the world like a Lion House and use one’s understanding of the Second Circuit primarily as a lens to view others; as in all things, it is important to overcome this impulse and apply the strictest observation(s) to ourselves. I would wager this is why “You” comes in as the final (23rd) entry in the list of personalities to examine using the criteria provided.

This chapter is both easy and difficult for me to understand. Of course, I have a deep and abiding hatred of Jehovah, Murdstone and the Thunder God of the Wake. Or whatever it is that they represent. There is something so blasphemous to me in the idea of Jehovah, or the strict, hateful deity- why make Nature, in its infinite caprice any angrier or malicious?  There’s always something very small and very human in the idea of the Angry Father God that has seemed as if it were a built-in mockery-inducing mechanism, a kind of cruel joke. Those who don’t get the joke go on their whole lives, serving and trembling before the wrath of shadow that seems monstrous, yet is caused by an idea that is the imaginary equivalent of a gnat. Those who seek to emulate such a creature as the Abrahamic God, those that make themselves into a mockery of a mockery, are perhaps the vilest of all God’s creatures. (See what I did there?) The real life Murdstones, the disciplinarians and the servants of dour religion are worth little more than the scorn and hatred they naturally engender.

There’s nothing quite as grotesque as watching someone writhe before a fake tyrant and no idea so loathsome in that they wish for you to grovel too. Save us from the Xtians, Oh Lord.

For all my hatred of Jehovah, it was more often than not the female figures of my youth who were my disciplinarians. Most of my teachers were women and I was brought up with a Bertie Wooster-like brace of formidable aunts. I don’t wish to get too deep into my personal history, for once, but the wooden spoon looms large in my mind as something that nourishes and punishes in turn. Perhaps this helps to explain my attraction to female deities akin to Hera, Durga/Kali and BABALON- Goddesses of Destruction who offer their fickle protection with proper supplication/observation. Reflecting upon my preference in deities/models of the universe in such a manner does cause me to wonder why I have such an aversion to the Father God. My Father was by no means a cruel figure in my childhood and is still someone I would associate with stability and safety. That said, I can remember the words “wait until your Father gets home” and the dread they could conjure, sometimes for hours ahead of the eventual consequences. I think that it is an intellectual (not as in I am so intelligent, but rather my mental conception) bit of indigestion that makes the Thunder God such an unpleasant idea.

It is tiresome having to retread my dislike of Jehovah and the hostile strength/weakness personalities that it creates. Yet, as I spend a little time daily retreading The Thing That Ate The Constitution and seeing in the news how little our society has changed since the turn of the century, we are still largely a fractious and paranoid group of apes who are unable to stop cobbling the boots on our necks, it seems we are still living largely in a similar manner to the trembling cave dwellers of our past.

We should be able to have some fun with the list of characters over the coming month. Analysis away!

Interesting post. I do have great sympathy for the view of monotheism in Ibn ‘Arabi and Rumi.

In a sense, wouldn't the fear of Hell in many Christian denominations be the ultimate "Wait till your father gets home?"

But in some portions of the New Testament, I read a repudiation of some of the patrist attitudes in the Old Testament, e.g. Jesus halting the stoning of a woman by asking for the person without sin to cast the first stone. So I do feel cautious about painting all Christians with too broad of a brush.

Looking at the list of real and fictional characters to analyze starting with Scarlett O'Hara, I realized I've never seen Gone with the Wind and likely never will. Coincidentally, an offhand reference to Ms. O'Hara turned up yesterday in Pynchon, my current reading materia; it didn't give me any further info. Based on the famous quote, "Frankly Scarlett, I don't give a damn," the extent of my knowledge of that film, I'll hazard to guess that she appears a "friendly weakness" type. She seems able to advance by suggesting whatever Rhett (if I identified him correctly?) doesn't give a damn about, and I guess she submits to his rejection.

#21, The Secret Chiefs looks like a tricky analysis. Every time I attempt to pin them down, they change their shape. So I'll give them the "grey circle ... the ability to move out into each quadrant in times when that was necessary." (p. 61)

Oz, I highly recommend watching Gone with the Wind.

Just like chapter 3 had bits taken directly from the first chapter of Ishtar Rising, such as Konrad Lorenz and the ping pong ball goose, the Cancer Terror not stopping millions of Americans to smoke cigarettes (45 according to IR, only 30 the following decade in PR), this chapter 5 lifts off David Copperfield and the Jehovah complex from the second chapter of IR.

Actually, page 36 of the Hilaritas edition of IR even provides the answer to one of the character to analyze, giving us Leopold Bloom as an example of a “purely oral type”. Bloom barely drinks, and I cannot remember if he smokes, but he sure loves his fried kidneys and food in general. Being someone that is seen from many perspectives in Ulysses, we could probably fit him in various sub-quadrants of the Leary grid. But I guess overall it’d be fair to assign him to friendly weakness.

I am really enjoying finding connections between the two Rising books. I remember Rasa saying (either here in some post comment or perhaps in the F23 podcast) that to get a fuller picture of RAW, what he was trying to say, and where he was coming from, IR was somehow as important as the more lauded PR, Illuminatus! and Cosmic Trigger.
The way I am starting to look at it now, I feel like in order for our own Promethean potential to be unleashed, we first must make sure to fix the imbalance in our psyche caused by a more or less patrist upbringing. Even if someone would mostly be an oral type, Western civilization now has a few millenia of patriarchy behind itself, and that shows. I am thinking something along the lines of how many occult systems such as alchemy or the tarot tell to keep balanced both masculine and feminine principles for fully attained individuation and wholeness.

About #21, even Trey Spruance’s band Secret Chiefs 3 is actually seven distinct bands, constantly shape and sound shifting from one song or album to the next.
https://www.youtube.com/watch?v=S74hBpQZ6LU

Eric, I agree with you that Oz should probably watch Gone With the Wind. Is it troublesome? Sure. But it is also sumptuously beautiful and a masterwork of film. Because my mother thought she was Scarlett O'Hara, I've seen the movie a lot growing up. I don't know how I would receive it today. However, Oz, I would not say Scarlett is an example of "friendly" weakness. In my interpretation she moves between hostile weakness and hostile strength to a few glimmers of friendly strength during the film. Any bit of "friendly weakness" in her is broken when she finds her father out of his mind and digging in the dirt. Four hours really gives a character time to change on screen.

I'm not even going to bother with the Secret Chiefs, although I was listening to one of Mike Patton's collaboration with Secret Chiefs 3 the other day. I always thought Brodie-Innes' "it doesn't matter if the Secret Chiefs exist, merely that the universe acts as if they exist" to be one of the most comical statements in all of history. I don't know how anyone could look at this world and think there's an omnibenevolent and omnipotent cabal running this nuthouse. Perhaps I'm too strict in my definition.

Tom, because of my personal history I tend to paint Xtians with a broad brush. I think they'll live. Personally, I don't hold any of the heinous shit Christians have done against Christ.

Spookah, reading these two books at the same time has been a trip. I was very confused the other day when Wilson said he'd bring up David Copperfield later in the book when I had just read that passage the day before. Of course, I had read it in Prometheus Rising.