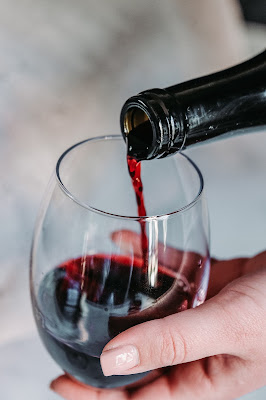 I recently ran across two excellent examples of "What the thinker thinks, the prover proves."

Example #1: When a 16-year-old girl was found dead in New Jersey in 1972, "rumors spread quickly that the Springfield girl was killed in some sort of satanic rite or witchcraft. Police sources leaked to the press that they had found signs they thought might be related to the occult, including crosses made of sticks and branches arranged in a coffin-like outline around her body."

Newly-released photographs show all of these claims were bogus.

"But crime scene photographs released for the first time this week seem to debunk those claims, showing that DePalma’s body was simply lying in a dense, brushy area in Houdaille Quarry, facedown with an arm draped over a downed tree branch. There are branches lying across one another by her head, but they do not appear to be arranged in a purposeful way.

"Jason Coy, a history professor at the College of Charleston who researches witchcraft and superstition, said he can’t find any sign of the occult or any other symbolism in the jumble of brush and branches. It suggests that investigators, looking for something sinister, saw patterns that weren’t there, or perhaps their initial descriptions of the branches near her body became exaggerated or misconstrued in the retellings of the scene."

Example #2 comes from reading Tyler Cowen's The Age of the Infovore, which as I wrote last time, I am reading as part of a "selective attention" exercise.

In Chapter Four, Cowen describes an experiment carried out on wine EXPERTS in France (I am using RAW's customary spelling for "expert" in the passage below, too.)

"Frederic Brouchet, a psychologist at the University of Bourdeaux, ran some experiments to test experienced wine tasters. He invited fifty-four wine EXPERTS to give their sensory impressions of a red wine and a white wine. He was told that the red wine tasted of 'crushed red fruit,' among other traditional descriptive responses. He was told that the white wine tasted of lemon, peaches and honey, all traditional white wine flavors. The EXPERTS then returned for another tasting, but this time the white wine was dyed red with (tasteless) food coloring. The same EXPERTS described the same white wine, only  now it looked red. All of a sudden those experts found flavors in the white that usually they ascribed to the reds. What use to taste like lemon, peaches, and honey now tasted like black currents. These EXPERTS had no reason to lie and in fact their answers subsequently caused them embarrassment. Their blather about the wines was sincere."

As I mentioned above, I am piggybacking on Eric's reading exercise, reading works by Robert Anton Wilson and Tyler Cowen with "selective attention" for 23 days, then switching to reading them as "magickal texts." Thank you to Oz Fritz and Rarebit Fiend in the comments for their suggestions on how to do the latter, and to BFHN for pointing out that in the John Higgs interview with Alan Moore, Moore talks about magickal readings of literature. I will watch the video soon.

The wine tasting experiment reminds me of training as a short order cook where they stressed the importance of how the food looked when presented over how it actually tasted.

Trying to eat in the dark seems like a good exercise to me. It's almost like encountering the texture of food for the first time.

I have a feeling that training usually poorly used senses such as taste and smell might be beneficial. I assume that this should open new neural pathways.
Despite having five senses, it seems to me that mostly sight tends to be used by the average person (that includes me) in order to apprehend and comprehend the world.

As a self-described introvert, I tend to forgo the world my body inhabit in favor of my own inner world. Practicing my use of taste and smell might be a way to 'stay grounded', or if nothing else appreciate more fully the experience of being alive in this 3D Reality.

Talking about EXPERTS, I just received a copy of The New Inquisition, I am excited about reading this book.
I also finally got my copy of the KLF' Chill Out, ordered almost three months ago (before the band's music popped up again over the internet). The package seems to have been somehow stranded for two months in Dublin, of all places. So I decided to start reading Ulysses.

It is my first time doing so. English is not my native language and I had not been feeling up to the task until now. I hope I will get something out of this book. But so much so for cultivating a deepened relation to the outer world...

Synchronicities-wise, JFK has given me a bit of a break (although I did see him again on Dealey Plaza in a video collage recently), but now Joseph Campbell won't stop following me.

In my own synchronicity-abounds world the case of DePalma reminds me that there are far too many cases of filicide in the states, and of those, far too many related to Occult subjects. My wife has been reading Tracy Twyman - as of late 'Mind-Controlled Sex Slaves and the CIA' - and the amount of this popping up in my world is frankly reaching a level of disturbing.
So now I need to find a synchronicity scrubber, create one myself, or come up with some other things to start projecting in my world - through either lense of selective-attention or magical mind-controls everything.

@BFHNI like the idea of eating in the dark, but now I need to figure out how to cook with a blind-fold on - lol. But now I want to figure out more experiments like that!

Thing is, even if you cooked for yourself and know what's in your plate, it can still feel new to your palate if you are not used to a, say, more mindful approach to eating.

I am still reading High Weirdness (mostly at work, when I get to slack off) and am now in the RAW part. Erik Davis talks about Illuminatus! and mentions something I had forgotten entirely.
Saul Goodman is starting to do research into all these conspiracies, and to do so he:

"first applies his “intuition,” which is defined —on page 23 of the Dell single-volume edition— as “a way of thinking beyond and between the facts, a way of sensing wholes, of seeing that there must be a relationship between fact number one and fact number two even if no such relationship is visible yet.” But then Goodman applies a different cognitive tool. After following his gut, the detective revisits the memos “using the conservative and logical side of his personality, rigidly holding back the intuitive functions.”"

Davis then adds that "this process of “expansion-and-contraction,” is offered almost as a training exercise for the readers".
Here he mostly means an exercise to make it through the book in a smart way, but of course it could then be applied to one's own daily life.
Not only this sounds to me a lot like some techniques from PR, but it pretty much is exactly the exercize Eric and Tom are doing.
Is that where you got the idea from, Eric ? And how is that going, by the way ?

BFHN, my Joycean experiment went OK. Sorry it has taken me so long to respond to you. I will try to respond more fully in my blog for next Monday.