Adam and Adam in a new series 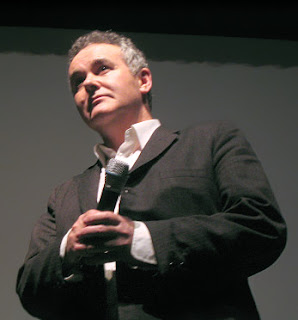 A few days ago, in a blog post "Adam Gorightly in the New Yorker," I mentioned a magazine piece about the filmmaker Adam Curtis that briefly mentioned Curtis running across a book by Adam Gorightly. The article didn't imply that Curtis and Gorightly know each other, but I thought it was cool to see Adam's (Gorightly's) name pop up in the famous magazine.

Well, here's the rest of the story, from Adam Gorightly's Historia Discordia blog:

According to the YouTube interview below, Episodes 1 — 4 will examine, among other things, the unusual and sometimes tortured life of our favorite Discordian hero, Kerry Thornley, based in part on my book The Prankster and the Conspiracy as recently noted in this New Yorker article.

Before embarking upon this, his latest video documentary odyssey, Adam paid me a visit here at my humble abode in the Sierra Nevadas, and we spent a few hours discussing Thornley, Greg Hill, and RAW, interview footage of which may in fact appear in the series.

Curtis is about to release a new video series, Can’t Get You Out Of My Head: An Emotional History of the Modern World.

Dying to see this. How am I going to watch the damned thing?

Be sure to keep this secret, folks, but for the time being you can find all the episodes to the series here:

Thanks Adam. I’ve watched 4 of 6 and interested in your take on the idea that operation mindfuck was somehow responsible for increased credibility of wacky theories about the Illuminati. Seems to me the Birchers and others were onto that idea long before...

Regardless, I’m loving it as a whole... gives me the illusion that I actually understand the world for a few hours.