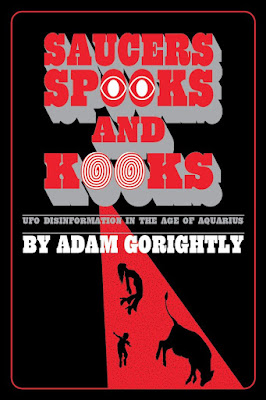 "The book looks into a number of the modern mythologies that have come into being since the advent of the UFO era in the 1940s, such as UFO crashes and underground alien bases, asking how much of these myths is real, versus being the invention of either government agencies or deluded conspiracy theorists. It’s a must read in light of the recent buzz about government releases of UFO videos etc."

It's out now as a paperback on Amazon and an ebook is coming soon. UPDATE: The ebook is out.

Just want to mention in passing that the other Adam (Curtis), who's blurbing the back cover of this book, has his new docu series Can't Get You Out Of My Head already available on YT. That was quick!
https://www.youtube.com/watch?v=MHFrhIAj0ME

Will hopefully get to watch it soon.