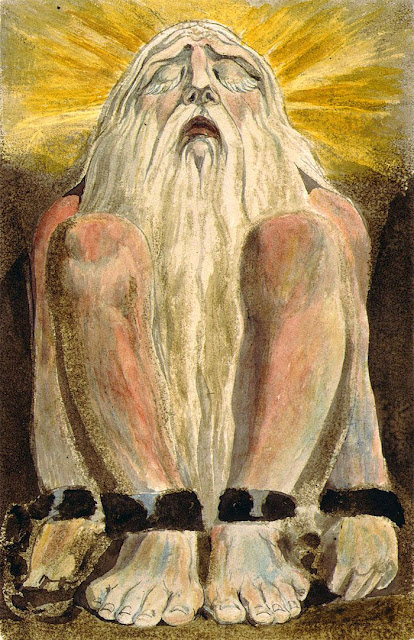 It seems significant to me that Wilson chose to end the first chapter summarizing the wild notions that can become reality amidst the machinations of the Thinker and the Prover, specifically “something as remarkable as the notion that there is a gaseous vertebrate of astronomical heft (“GOD”) who will spend all eternity torturing people who do not believe in his religion.”

While I’ve talked about the specific article in depth in previous reading groups, it is worth mentioning once more that Wilson began his career with a clever bit of juvenile humor asking just how large is God’s willy. Published in Krassner’s Realist, the article was a clever subversion of the logical arguments made by Catholic scholars to prove the existence of God Almighty. Wilson never seemed to cotton to the idea of the Abrahamic God.

I think one of the reasons I came so readily to Wilson was his intense dislike of Christianity. I can relate; Wilson was born in the suffocating society of Irish Catholics in Brooklyn during the 1930s and I was born in a small town in the Mid-Ohio Valley amongst a contentious and ever expanding number of Protestant churches during what might have well have been the 1930s. Being curious and being raised in a religious society rarely turn out well. (And, if I may be so bold, I think being decently compassionate didn’t help either of us.) I believe Wilson gives us his approximate age when he finally had it with the religion of his parents but I can’t remember it -- he tells us he went on to Atheism, Marxism before eventually stumbling upon Korzybski which seemed to be his original passport into the life of the mind. I was nine when I committed what I would later learn, and relish, was the sin of apostasy.

I nursed resentment towards Christians as I grew older, fertilized by being told the books I read were “wicked,” that talking about “-isms” was a sign of blasphemous pretension, the stupidity of their obsession with homosexuality, their polemics against premarital sex, the ignorance spat like poison from one sect towards another, arguing over how much of one’s body must be immersed in water to be saved from eternal damnation… It was fucking awful. So today I still have a problem with Christianity and their sonofabitch Gawd. Now, I realize had I been born in a different religious society I would have likely hated it as well, so I try to be honest and say I hate the Orthodox God. I hate belief. My Thinker thinks that any form of dogmatism is the true sin (which simply means “missing the mark”)- presuming to know is anathema, my Prover has been building the case for years to the point where I can’t see above the brick and mortar of perceived experience. I’d rather die than live in a truly Christian nation.

The writers who have most shaped my worldview (Moore, Blake, Crowley and Wilson) all possess decidedly anti-Orthodox, if not downright anti-Christian views. The question that remains is did my Thinker draw me towards them or did my Thinker readjust to better emulate their ideas? I’d prefer to think that rather than simply being drawn towards anti-Christian thinkers that the rebellion against Jehovah/Old Nobodaddy is often the first false reality on-hand to break. In this Jehovah still serves his position in the Gnostic cosmology as the false deity that draws a veil between humanity and the Pleroma. By breaking from the Abrahamic monster-god modern day Gnostics are able to better ascertain the Truth- whatever the hell that might be.  And like the historical Gnostics they find themselves in a hostile world full of the servants of the Demiurge.

As Hagbard says in Illuminatus!: the only thing every crew member aboard the Leif Erickson believes in what the Man with the Horns said to the Man with the Beard: non serviam. Fuck you Jehovah.

Why darkness & obscurity
In all thy works & laws,
That none dare eat the fruit but from
Thy wily serpent's jaws?
Or is it because Secrecy
Gains females' loud applause?

I really love the painting at the top, I think it must be by William Blake?

Gavin Newsom, California's gov until they fire him, started a news conference I saw yesterday with an iteration of what the thinker thinks, the prover proves; something like, you're always and only going to find what you're looking for.

The closing brilliant poetic lines of the post - also Blake? - remind me of Zeppelin's heavy blues lyrics from Dazed and Confused: "Lots of people talking, pretty few of them know. Soul of a WoMan was created below;" followed by one of the heaviest Blakean/Dantean descending bass lines ever recorded in the history of music. The journey through the Underworld, in one form or another, seems a necessity for transcendental empiricism to take seed and grow, or to reach for the stars.

Two of my favorite writers, Nietzsche and Crowley, took what I think are very radical Anti-Christian actions and steps to break the spell, the hold, the restrictive programming, that Christianity had over the society of their time. Crowley outwardly allowed himself to be (mis)represented as the Anti Christ to clearly assert his position. Less publicly, for those participating in his School, Crowley claims to be able to produce "Christs" with his methods which Leary might call accessing, functioning in, and transmitting C6. RAW, as mentioned, and Leary also strongly criticized and attacked the Christian B.S.'s. All four suffered excessive religious programming to a different degree growing up and one can't help but think this played into their future actions; freeing the world as they freed themselves from the shackles of Organized Religion and the C4 reality tunnel it attempts to place you in.

This post once again reminded me of Dylan's "My Back Pages" because it got me reflecting upon my childhood programming as a Catholic. The song seems at least partially influenced by the Blake/Ginsberg lineage of poetic expression.

While I don't know the exact age when RAW "finally had it with the religion of his parents," Cosmic Trigger 2 records two milestones. When it was time to go to high school, he convinced his parents he wanted to be an engineer, to get them to send him to Brooklyn Technical High School. If he went there as a freshman, he would have been 14 or so. (That's in the "Films Open Doors for Me" chapter). The "Wilson Becomes a Liberal" chapter describes how after he began attending Brooklyn Technical, he went to his father and said he was not going to attend Mass any more.

RAW fan Ben Morgan recently sent me a copy of his new book, "Rage of Reason: A relentless critique of the Bible." He wanted to share his enthusiasm for the critical thinking that RAW helped him develop, along with an effort to promote the book. He is not wrong about the "relentless critique." I'll add "highly irreverent" to that description.

Ben originally sent me a rather sedate description of the book, and I told him that I'd post something about it online for the RAW community, but he might want to consider being more forthright. He then sent the following:
~~~
Yes critiquing the bible for non-believers could be like preaching to the choir or shooting fish in a barrel (Preaching to fish in a barrel?) but the fact remains that the biblical mind virus is more virulent and prevalent than ever. The time is now to take action to wake society up from this 2000-4000 year nightmare. My effort to take action, and help others do the same, is my book Rage of Reason.
In school I studied the Bible for 7 years so I know where all the nastiest bits are located. Do you know all the places where it says …

- Women are not permitted to speak in church
- How to kidnap and rape children
- Which races of people you have to keep as slaves forever
- Which cultures you must eradicate from the face of the earth
- Which people Jesus specifically says he was not sent here to save
- What the one sin is that Jesus will never forgive, ever
And that is just a tiny handful of examples of the information in this book.
Sure, you know the bible is bullshit, but would you like to have all the evil crap in the bible laid out by topic and quoted chapter and verse so that you could easily access that information to fully de-convert anyone you know still suffering with this spiritual malady? And would you like to have it done in a straightforward and humorous way?
I know that I sure did, so I wrote the book. Here is a list of just some of the chapters:
Entrapment in the Garden of Eden
The top 10 things wrong with the Ten Commandments
The first murder
Circumcision can suck my dick
Take this Job and shove him
Craptism
Hell, is it me you’re looking for?
PreJewdice
From Genesis to genocide
Israel is real evil

@Oz- Yeah, both the picture and fragment are from Blake. I don't think Crowley's teachings turned me into a Christ but I do think about "What Would Jesus Do" pretty often in a nonironic way nowadays in a manner my younger self couldn't. I admire the hell out of Christ and occasionally pray for a Nag-Hamadi-style recovery of the Q Document. As Crowley says in "Masks of the Illuminati:"

"An Old Woman asked 'what do you think of Christ?'

Crowley replied 'I don't blame him at all.'"

Rabbi Yeshua ben Yosef was a solid dude. I fear I have become Heterodox in the way others are Orthodox and despise them for blasphemy as much as they could despise me. "You're getting Bond WRONG!!"-Alan Partridge

I talked to my kids about Little Richard and Led Zeppelin today.

@Tom- Thank you, that was probably close to or what I was thinking about. I need to reread the second and third Cosmic Trigger.

@Rasa- I've read a little of the book this evening and I keep thinking of the Phil Spector-waving-a-gun-in-the-studio produced majesty of Leonard Cohen's insightful (with backup from Dylan and Ginsberg): "Don't Go Home With Your Hard On." I'll probably buy the entire book. However I really love the Bible and count it as one of my favorite books. I like that fucky kind of stuff.

@Everyone: You're getting God Wrong.

Being born in a secular country, within a family where religion was mostly non-existant and that politically could be described as veering towards "humanism", I really did not have much to rebel against. As a teenager I did enjoy Kurt Cobain's assertion that "God is gay", but there was no real anger from my part in it, and I wasn't offending anyone around by repeating it.
So perhaps it was inevitable that the only thing left for me to reject was rationality's self-righteousness?

Far from me the idea of defending organized religions, but maybe it is good to have something strong as a youngster to be confronted to and reject, as a sort of springboard for one's inner life. I dunno.

One thing's for sure, though :
https://www.youtube.com/watch?v=JNR4PHyvXeQ

@Rarebit, thank-you for the reply. I can't remember which book of the Apocrypha I heard this origin story. Apparently the 3 Wise Entities were trudging across Central Asia following the Star guiding the way to meet homeboy. One of them stubbed his toe on a rock and screamed "Jeeesus Christ!!!" Another one said, "hey, what a great name for the kid."