The Robert Anton Wilson's 'Days Between' 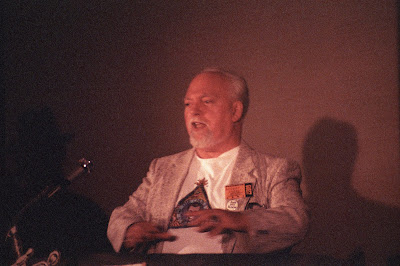 An email from Eric Wagner: "I plan to listen to some Beethoven on 1/11 and on 1/18 to commemorate Bob Wilson’s death and birth. Deadheads refer to the period between 8/1 (Jerry Garcia’s birthday) and 8/8 (the day of his passing) as 'The Days Between'."

Days Between is one of my favorite dead tunes. Ive seen Bob Weir perform it live a few times now and it gives me chills every time. RIP RAW.

For anyone else who would like to participate, I plan to listen to Solomon's recording of Beethoven Op. 111 (and perhaps Op. 106, the Hammerklavier) on 1/11 and Furtwangler's March 1942 recording of the Ninth Symphony on Bob's birthday. Whole lotta shakin' goin' on.

Thanks for the recommendation, Eric. I would be happy to participate.

I have the CD’s in the car. We sure could use Bob’s intelligence and humor right now.

Yes. I love that version.