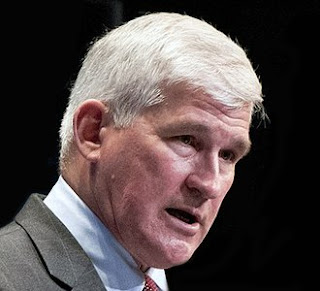 “The game has changed.” So announced Secretary of Defense Mark Esper in warning that the Trump administration would take preemptive action to prevent further attacks on American personnel and facilities in Iraq. The killing of Gen. Qassem Suleimani, commander of the Iranian Quds Force, by U.S. drone strikes at Baghdad‘s international airport shows that Esper is as good as his word.

Yet, except in a nominal sense of enlarging the target set, the game remains unchanged, even if violence escalates further in the days ahead. It’s a game that the United States has been playing — and losing — for close to a generation.

The purported objective of the game, which dates to the enunciation of the Carter Doctrine way back in 1979, is this: the use or threatened use of U.S. military might to impose order on the Persian Gulf and its environs. Ideally, that order would include respect for the values that Americans profess to cherish, among them democracy and regard for human rights. Minimally, it would permit the free flow of gulf oil to nations that rely on it to fuel their economies (our own not among them, given recent increases in U.S. domestic oil and gas production).

Yet since 9/11, U.S. military exertions in the region have destroyed what little order once existed there. In place of order, today there is anarchy: civil wars, failed states and terrorist organizations that did not even exist when the American “Global War on Terrorism” commenced nearly two decades ago. Iraq itself, today host to pro-Iranian militias and targeted by U.S. airstrikes, embodies that failure nearly 17 years after its supposed liberation.

As candidate for president and repeatedly since his election, Donald Trump has denounced this project as the height of folly, vowing to extricate the United States from the mess that it has done so much to create. Yet, as is so often the case, the gap between the rhetorical position Trump stakes out and the results he actually achieves is enormous.

With the Suleimani killing, Trump has effectively thrown in the towel. The wars he promised to end will continue. America’s enemies list never gets smaller; the body count grows ever larger.

They will do so in no small part because the Congress is pusillanimous and supine, having long since forfeited its constitutionally prescribed authority regarding war. The Democratic members of the Senate and House who whine about not having been consulted or at least notified in advance of the drone attack that took out the Quds commander deserve not a respectful hearing but contempt. Their behavior over the past decade and more in giving presidents a free hand to wage war however they see fit cannot be described as anything but cowardly. It was, after all, President Obama who pioneered the role of assassin-in-chief to which Trump has now laid claim.

More importantly, the U.S.’ Middle East wars will continue due to the intellectual bankruptcy of the foreign policy establishment, which remains wedded to a highly militarized conception of “American global leadership.”

Within that establishment, forgetting takes precedence over learning. Note, for example, how quickly Washington has moved on after last month’s publication of the Afghanistan Papers, with their astonishing revelations of pervasive waste, incompetence and blatant dishonesty in the conduct of America’s longest war. The impact of those revelations in policy circles, never more than minimal, has already all but vanished. But rest assured that the Pentagon will receive more than $780 billion in the year ahead to keep doing what it did last year and for many years before that, with few questions asked.

This is an election year. In a serious democracy, the casting of ballots is preceded by a thorough public vetting of the vital issues of the day. The worsening crisis in U.S.-Iranian relations certainly qualifies as one such issue. Yet far surpassing that issue in importance are even larger questions pertaining to the misuse of American military power in the Middle East and to the normalization of war.

Secretary Esper demands that the Iraqi authorities “get left of the problem” to prevent further attacks on U.S. forces and “get the Iranian influence out of the government.” My own demand, however futile, is that Washington will exert itself to “get left of the problem” of war and rid the U.S. government of the militarists and their lackeys, even as we find ourselves thrust into yet another escalating conflict.