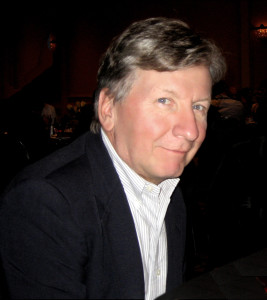 F. Paul Wilson, author of The Keep and other books.

I have often written about the Prometheus Award, both because I'm involved in it and because the award intersects in several ways with the world of Robert Anton Wilson, not lease the fact that he won the Prometheus Hall of Fame for Illuminatus!

But I did not realize until the other day that RAW had played a role in launching the award. When the first award was given in 1979, it went to Wheels Within Wheels by F. Paul Wilson, and Robert Anton Wilson was the presenter. From the Libertarian Futurist Society blog, quoting a contemporary account:

“The first-ever Prometheus Award was presented for the best libertarian science fiction novel of 1978. The finalists were Poul Anderson’s The Avatar, James P. Hogan’s The Genesis Machine and F. Paul Wilson’s Wheels within Wheels. Robert Anton Wilson did the honors, on behalf of the Prometheus Award Committee (an independent group of libertarian sf fans, who contributed the award), presenting the $2,500 in gold to (no relation) F. Paul Wilson. The prize (which has already increased significantly in value) is the largest award for science fiction given anywhere in the world.”

Nice to learn this.