Adam Gorightly on Thomas the Gnostic 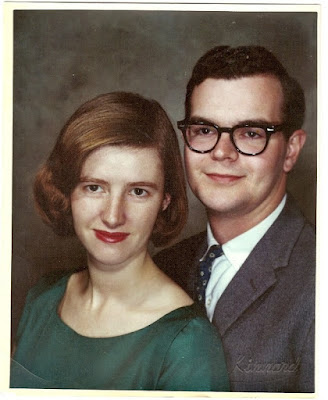 Tim and Mary Wheeler, via Historia Discordia. There's a great photo of the Wheelers on William F. Buckley's yacht that I thought I saw on Adam's website, but I can't seem to find it.

There's quite a bit of RAW material in Adam Gorightly's latest post on Discordian history, "The Epistles of Thomas the Gnostic."

The post is about Tom McNamara, a relatively obscure early Discordian, but quite a bit of Robert Anton Wilson information crops up in the interactions between McNamara and other Discordians. For example, Adam quotes a letter from Greg Hill describing a Chicago get together that included Wilson, Robert Shea, Tim Wheeler from National Review ("Harold Randomfactor") and Mary Wheeler ("Hope Springs"); Wilson and Wheeler apparently got into a political argument. Randomfactor is mentioned in Illuminatus!

Adam's post links to "The Secret History of Immanentizing the Eschaton: The Mary Wheeler Interview" which gives quite a bit of background on Discordianism at William F. Buckley's "National Review" magazine and has a nice anecdote about Wilson.

Discordianism plays a big role in the Illuminatus! trilogy. If it and Wilson's other writings survive in the literary canon, as I expect and hope will be the case, Adam's hard work exploring Discordian documents in his books and blog will be a major resource for scholars for centuries to come.

More on Adam Gorightly and his books.