Review: From Now to Now by Marlis Jermutus 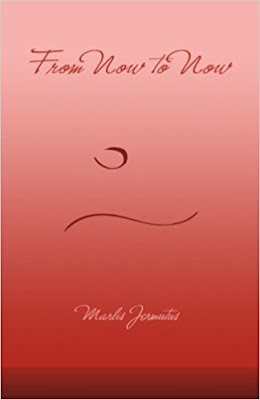 Cover of From Now to Now. The cover image is from Jermutus' painting, "Particle and Wave."

This seems like a "find the others" book. I recently finished From Now to Now, a memoir by the German-born artist and musician Marlis Jermutus.

From Now to Now, an autobiography and a spiritual memoir, depicts Marlis coming to be more aware after years of spiritual seeking of what she refers to as her Higher Self. Marlis is a member of the band Starseed (the other members are Rasa and her husband Bastian Jermutus) and you may have seen Rasa's photos of her interacting with deer near Mount Shasta California.

Marlis is born in Germany during World War II. Her father is sent to the Russian Front and never returns. As she grows up, Marlis experiences the food shortages and hardship that Germans went through after World War II. (Her book acknowledges that many people do not want to hear about German suffering as a result of the war; it is undeniable, however, that many people in Germany too young to share any blame for Hitler's rise suffered during the war or after it.) Marlis suffered from sexual abuse when she was young. She was trained in what Americans would call "home economics," i.e. to be a housewife. She eventually discovered Eastern philosophies and a wide variety of music and art, despite her working class background, and became a successful abstract artist. She married four times. The apparently least conventional fourth marriage, to Bastian, 16 years younger than she,hasnow lasted for decades. She is Rasa's best friend. 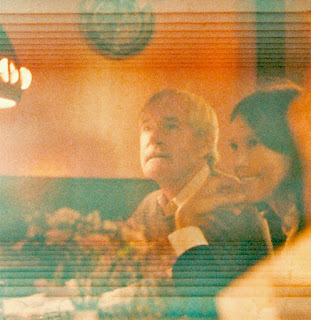 Marlis Jermutus with Timothy Leary in Hamburg, Germany, in 1982

One section of the book discusses how the home of Marlis and her third husband became a kind of salon for offbeat intellectuals and rock stars. On pages 159 and 160, Marlis talks about learning about Timothy Leary's eight circuit theory of consciousness after Exo-Psychology was translated into German. Marlis also met Leary and gave him one of her paintings, and decided to someday move to California because she was excited about Leary's ideas.

Marlis' tone is very candid and direct, but also shows compassion for other people and for herself, a tone she calls "loving honesty." One of my favorite passages was on  pages 128-129, when she confronts a friend who is a heroin addict:

Suddenly I said to him, "Okay, so you do heroin because of your parents. You think that because you do  heroin the whole parents issue goes away? No, it becomes worse because you never do anything, you are simply escaping, but only half. Every time  you fix, you always come down again, and then need to escape again. In time, your whole body becomes more and more ill, and your relationships with people are still there, only they too become worse and worse. You can't change your parents, but you can change yourself, if you want to." I paused for a short moment. "So, if you want to change, then change. If you want to keep shooting heroin, then why suffer for so long, and make others around you suffer? Why not just sit down and keep shooting and shooting, and soon you are not just half way escaping, but you are completely gone! Dead." As an absurd afterthought I added, "What do you do then?" I knew he was sensitive and thoughtful, and clever enough to listen to my harsh logic. My words were harsh, but while sitting with me in our living room, he was, in a way, suspended in a very accepting and loving field. I didn't tell  him he was a bad person for doing heroin. I was simply honest with the guy. He loved that loving honesty. The next time I saw him some days later, he already looked different. His eyes were more aware, and he seemed more confident. He told me that he simply stopped. He said he couldn't get my words out of his head." 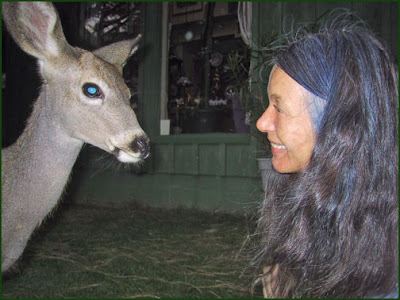 Marlis Jermutus, hanging out with one of her wild deer buddies. From Rasa's website, www.pelorian.com.

The last few chapters of the book describes how Marlis developed a sense of peace after settling in northern California. A wide variety of gurus and teachers who influenced her appear in the book.  I never heard of most of them (except for Rajneesh, the Mercedes Benz guru, who RAW mentioned) but all of them seem to have Wikipedia bios.

The most colorful of the spiritual guides Marlis mentions is Jasmuheen, nee Ellen Greve, an Australian woman who claims to live only from light and breath, without food. Marlis writes, "She became the world's most famous supporter of the philosophy called Breatharianism. I resonated deeply with their fundamental idea." Marlis liked the idea of living only on light and she turning her kitchen into a sauna after she didn't need to cook anymore, and she also liked the idea of saving money. "This would have been a perfect time to live on light, saving so much money and time on getting, preparing, eating and digesting all that food every day, but living on light is both easier and more difficult than you think." In the end, Marlis decided to keep eating food. This seems to me to be the correct call.

You should check out Starseed on Spotify and elsewhere, and look at Marlis' paintings.

I can recommend her fascinating memoir to sombunall of you who read this blog and will likely be interested in many of the same topics she writes about.