A book about Buddhism 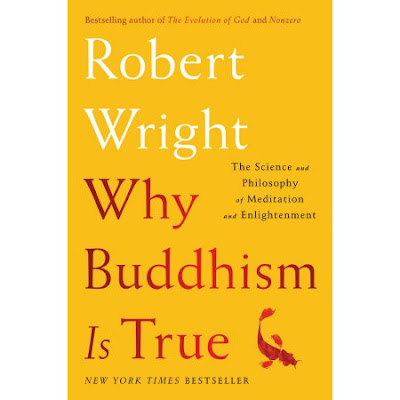 Robert Anton Wilson was interested in Buddhism and familiar with Buddhist philosophy, so perhaps a notable book about the topic that came out a few months ago would be interesting news for some of you. Robert Wright, who has studied Buddhist meditation of the Vipassana school (i.e., a relatively secular version of Theravada) argues that humans are "programmed" to think and act a certain way by natural selection, and meditation helps us become aware of the programming and to at least some extant set it aside. ("Programmed" is my term, not his, but I hope I don't mar his point). It's a quite interesting book; I listened to the audiobook version.
on June 21, 2018

Email ThisBlogThis!Share to TwitterShare to FacebookShare to Pinterest
Labels: Buddhism