A few questions for Brenton Clutterbuck 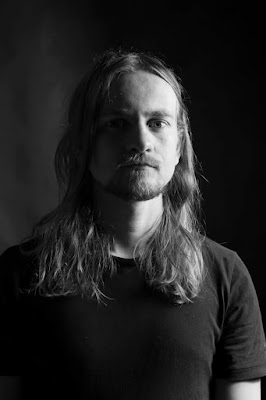 Brenton Clutterbuck's Chasing Eris describes  his journey around the world to meet other Discordians. The book features a foreword by John Higgs and an afterword by Professor Cramulus.

A few questions for Brenton:

RAWIllumination.net: You wrote in "Chasing Eris" about your journey to connect with Discordians around the world. How far did you travel? Did you journey start in Australia? 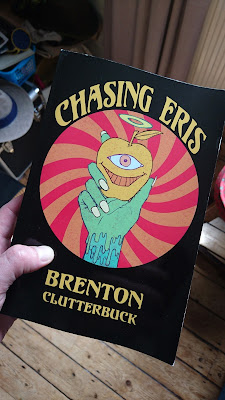 Brenton Clutterbuck: I did start in Australia - I was living out in the middle of nowhere when I started the work, but I had friends and family in Brisbane, where Dr Jon Swabey resides. He was responsible for the Apocrypha Discordia which I kind of think is a really nice place to point to as the turning point from 'traditional' Discordianism to 'contemporary' Discordianism, in terms of texts. The journey went Brisbane - USA - Brazil - Argentina - Back to Aus - England - Scotland - Ireland - Finland - Poland - Germany - The Netherlands - Home.

RAWIllumination.net: How did you get the idea to "chase Eris"? Was it hard to explain what you were doing to your friends and family, or did they understand?

Brenton Clutterbuck: It was a bit of a challenge to explain to friends and family, but 'it's a writing project' tended to suffice. I do have a knack for helping someone understand what Discordianism is in 20 seconds of less after quite a bit of practice. The idea came from a real mix of things.
- I was lost in what I was doing at the time and needed to do something dramatically different so I didn't go mad.
- I had read some Seth Godin and was really into the idea that finding an exciting niche was an excellent approach to making something exciting the people want.
- I was also really into Art of Memetics, and it has the idea that you could make an Egregore out of a group of people who shared an experience - and thought that visiting people could be that experience.
- I wanted to travel.
There were probably other reasons that came and went over time, but these were the ones that led me to START the process, and from there the process kind of felt like it wanted to do its own thing. 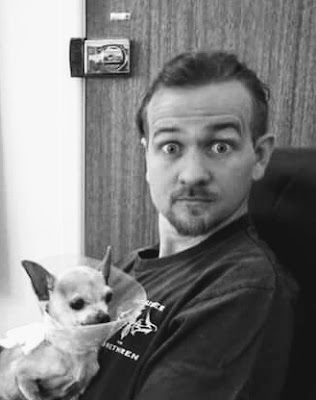 RAWIllumination.net: Having seen the (Discordian) world, where do you live now? Are you back in Australia?

Brenton Clutterbuck: I am back in Australia, in Far North Queensland, where I teach English and Japanese. It's a bit of a less frantic pace here. After the big trip I was wanting to put down roots to build something longer term - my partner and I here host regular events, including a poetry based open mic for a few years.

RAWIllumination.net: Meeting all of these Discordians, who was the person who seemed, at least at first, to be the most "normal"?

Brenton Clutterbuck: I have no calibration for normal any more. Everyone I meet, especially the 'normal people' seem deeply weird. I met people into aliens and Illuminati theory, low key running cults, practicing Magick, but aren't most cultural practices as least AS weird as any of that?