A question about a Shea novel 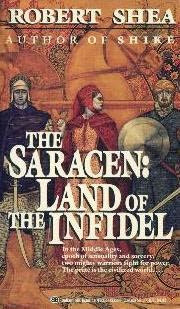 One of the characters is a Jewish warrior from Sicily named Lorenzo Celino. quite a freethinker for the time. He has no religious faith despite his Jewish background and says, "I think myself better than no man, and no man better than me." He tells one of his leaders, "But you must understand that if I accept you as our leader, it is of my own free will. I am still my own master."

I am struck by the similarity between the name "Celino" and "Celine," as in Hagbard and Sigismundo. Are we meant to suppose that Lorenzo could be an ancestor, or a relative? Or is the similarity of the surnames a coincidence?
on June 13, 2018

I suspect he intended the suggestion of a relation to Hagbard.